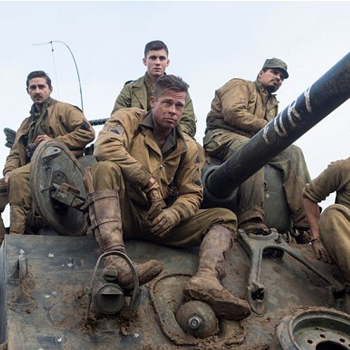 Another WWII hit for Brad Pitt

WWII tank actioner Fury is set to dominate the weekend with a strong opening at the Friday box-office. The Brad Pitt-starrer will likely do around $25 million for the weekend, displacing Gone Girl from the number one spot - though the Ben Affleck thriller is expected to hang tough at #2 and pass $100 million as a bonus. The "Day of The Dead"-themed family feature Book of Life will open in third place, posting strong box-office especially from increasingly-prominent Hispanic audiences.

Also of note were impressive per-screen numbers for Birdman and Dear White People. The Michael Keaton-starring showbiz satire pulled $89,500 on only 4 screens (release is scheduled to expand); while college race-relations dramedy Dear played strong with $33,864 across 11. Both films have been touted as early award season contenders.