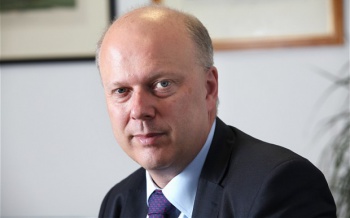 A change to the Malicious Communications Act in England and Wales may increase jail time for abusive or threatening material from a maximum sentence of six months to two years.

Law enforcement has not kept up with the changing nature and behavior of online communication and online abuse. New laws in England and Wales - Scotland not included - may increase the penalty of jail time for harassment and threats sent online from a maximum of six months to two years.

The current UK law in use for online harassment is the Communications Act from 2003, making it a decade old before many of present day social media had launched. Justice Secretary Chris Grayling announced his plans to make an amendment to the Criminal Justice and Courts Bill to "take a stand against a baying cybermob."

Madeley said while she is "an avid supporter of free speech and social networking...threats of any kind must not be interpreted as freedom of speech. Threatening to harm others is extreme and crosses the line of personal opinion into criminal behavior."

She added social networking must be regulated. The Association for Progressive Communications gave Facebook, Twitter, and YouTube an F in taking a stand violence against women. All three platforms are reluctant to address technology-related violence against women until it becomes a public relations issue, lack transparency around the reporting process, fail to engage with perspectives of women outside of North America and Europe, and have no public commitment to human rights standards.

"We must send out a clear message - if you troll you risk being behind bars for two years," Grayling said.

Police have not had the training to effectively deal with harassment online because proving intent is difficult. Police need to prove the person sending threats has the means to carry them out.

Grayling's proposed changes would increase jail time and treat harassment more seriously. Some cases would go to the crown court instead of the magistrates' courts.