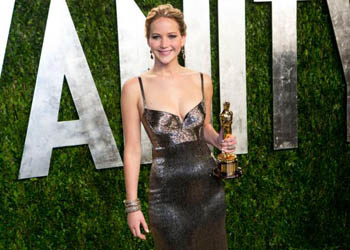 One a half months ago, nude photos of actress Jennifer Lawrence spread online, and only just now Google has started removing search results to sites hosting the stolen photographs.

Entertainment lawyer Martin Singer wrote to Google earlier this month, threatening a $100 million lawsuit for failing "to act expeditiously and responsibly to remove the images" and accusing Google of "knowingly accommodating, facilitating, and perpetuating the unlawful conduct." Singer represents the many women whose photos were stolen and spread online.

The photos spread over Labor Day weekend on Reddit and 4chan after someone stole them in what was believed to be a security breach of Apple's iCloud. Reddit later banned the subreddit that was actively sharing the photos. 4chan changed its policy and stated it would remove content after receiving a "bona fide infringement" notice.

Google has echoed its statement to Singer: "We've removed tens of thousands of pictures - within hours of the requests being made - and we have closed hundreds of accounts. The internet is used for many good things. Stealing people's private photos is not one of them."

However, according to Corynne McSherry, intellectual property director at the Electronic Frontier Foundation, Google is not required to locate and take down all examples of a piece of copyrighted content. Also, the copyright holder of the photos must be the one to file takedown notices. So far, it appears that has worked in Lawrence's case as she owned the photos.

Earlier this month, Lawrence spoke out personally on the stolen photos and condemned the "scandal" as a sex crime and a sexual violation.