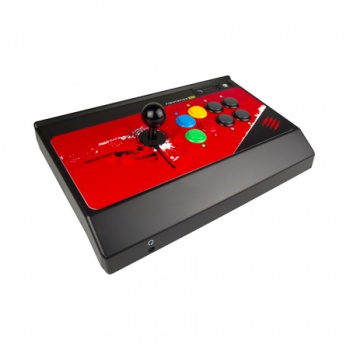 Best of all, Skullgirls dev Lab Zero Games is giving away its driver for free to any developer who wants to use it.

As of right now, if you want to use a fight stick controller on your PS4, you can't just plug in your old PS3-compatible stick. You have to go out and buy a new one. C'est la vie, right? Wrong, says Skullgirls developer Lab Zero Games. "We think it's better for the consumer and the industry that you be able to spend your hard-earned money buying games instead of buying a new fight stick," said Lab Zero CEO Peter Bartholow, who has just announced that the upcoming Skullgirls port for PS4 will support your old PS3 fight stick.

Best of all, Bartholow says that the driver his team created to work this magic will be freely available for any other developer who wants to use it, which in theory means that all upcoming PS4 fighting games could be compatible with PS3 fight sticks.

Sony has officially approved the driver, but it cannot force developers to use it, and as its not an official PS4 feature, developers have to actively choose to implement it. While you may be sitting there thinking "What kind of crazy developer would choose not to implement this consumer friendly code?" some of the biggest fighting game developers have racked up quite a reputation for being inexplicably consumer un-friendly. We won't name names. You know who we are talking about.

Bartholow explained that building this driver wasn't as simple as flipping a switch, and Lab Zero had to partner with Naughty Dog programmer John Bellomy for help. He explained that the driver isn't an official Naughty Dog initiative, but is more of a side project for Bellomy.

If you're interested in helping Lab Zero finalize the driver, the company will be testing at its upcoming public events, so be sure to keep an eye on the Lab Zero Games official website for info on events near you.