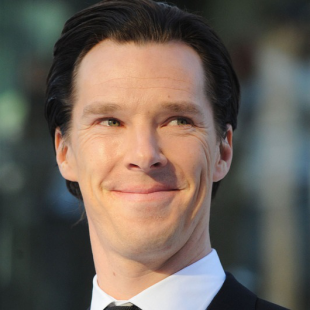 Reports have indicated that Benedict Cumberbatch is in final talks to star as Marvel's Sorcerer Supreme.

I hope you like your Dr. Strange with a baritone and British. If not you might be a tad less than pleased by reports that Benedict Cumberbatch is in the final stage of negotiations to play the Sorcerer Supreme in Marvel's 2016 film based on the character.

Sources have stated that Cumberbatch was brought in for the role after talks with actor Joaquin Phoenix, the studio's most recent favorite for the role, took a bad turn and crumbled like crumb cake. It's worth stating, of course, that Marvel has yet to confirm any of this itself. That being the case, several members of the film press have recently reported being invited to a "secret" Marvel event taking place tomorrow, October 28th. With this news breaking the day before, it's not a huge stretch to imagine that Cumberbatch's involvement in Dr. Strange may have been the event's intended subject.

Cumberbatch, of course, is best known for his role as the titular character in BBC's popular investigative drama/loose literary adaptation Sherlock. He's additionally also done work in a number of films including Star Trek: Into Darkness and The Hobbit trilogy. Even with roles as a Trek villain and a dragon under his belt, however, time will have to tell if he's up to the task of tackling the surgeon-turned-sorcerer Dr. Strange. We're reaching out to Marvel for more information and will let you know when we receive any updates.