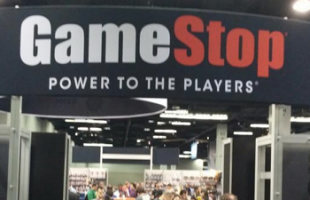 All 6,000-plus locations will be closed on Turkey Day, open at midnight on Black Friday.

Thanksgiving is a time for family, football, and food comas. It's also a nice break from the work/office grind, as much of the United States has Turkey Day and the following Friday off, and might even call the preceding Wednesday a half-er.

Not everyone is so lucky -- there are plenty of jobs and establishments that need to be open on holidays -- but at least GameStop workers are now among the fortunate masses.

According to ThinkProgress, GameStop will keep all 6,600 of its locations closed on Thanksgiving -- Thursday, November 27th -- "out of respect for its store associates." The chain opens back up at midnight, in time for Black Friday (Nov. 28).

"We believe it's the right decision not only for our employees, but also for our customers," said GameStop in a statement to the press. "Enjoy this time with your loved ones and we'll see you on Black Friday."

The closure extends to all chains under GameStop's purview, including SimplyMac, Spring Mobile or Cricket Wireless U.S. (And I am sure the Game Informer team gets the day off, too.)

GameStop, certainly late to the party, is one of several major retail operations to finally let its staff enjoy the day at home. Costco and Nordstrom are pulling similar moves. Other chains, including Kohl's and Macy's, are opening later in the evening at 6pm.

I can't imagine many of us (*who live in the United States) actually do any video game shopping on Turkey Day. I can recall only one such trip in my own life, and it involved a walk down the street to my favorite local (non-chain) video game shop...which was selling Epic Mickey a week early, and for $55 instead of $60.