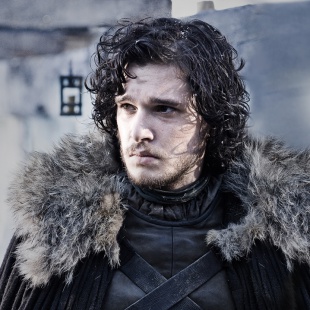 The following contains information that could potentially spoil a major upcoming Game of Thrones plot point. Read at your own risk!

You finally made it down here, after the above spoiler warning, so it must be assumed you really don't mind if you read about any Game of Thrones spoilers. If that's not the case, turn back now. This is your last chance!

First, the news: Game of Thrones, as you know, is a huge hit for HBO, which makes it extremely likely that the show will make to the end of its planned planned 7-season arc. That's great news for people afraid that the show could end up going the way of Rome or Deadwood and be cancelled long before it could have a chance of reaching its full potential. But it's a headache for the network, who at the show's inception only contracted the show's stars for only 6 seasons. To keep them around, HBO has just renegotiated the contracts for the actors in question to lock them down through season seven.

According to The Hollywood Reporter, in exchange for an option to keep them around through season 7, the new contracts give each actor a big boost in pay starting with next year's season 5 that will make them the highest paid on (cable) television. So rest easy, Game of Thrones fans: HBO plans to fully invest in seeing your favorite characters unceremoniously murdered off when you're least expecting it.

Or are they? Here's the list of actors the Hollywood Reporter says have extended their stay in Westeros:

Of course, season 5 will essentially be a condensed combining of A Feast For Crows and a A Dance With Dragons, the 4th and 5th books in A Song of Ice and Fire. And leaked set photos and plot synopses are pointing toward events in season 5 that did not happen in either book. We've also seen how the show was willing to make controversial changes to key moments during season 4. It's possible that the writers of the TV show may take matters into their own hands and create a new continuity entirely by the end of the show's run.

The thing is, however, George R. R. Martin has already filled in the creators of Game of Thrones with the broad-strokes details of the still-unreleased 6th and 7th books in the series, just in case they make it to season 7 before he manages to finish the series. Further, the known - and assumed - changes for the most part don't actually derail the main plot of the series. Yet, anyway. So it's not a stretch to assume that foreknowledge of what's to come factored into these contract extensions.

Which brings us to the spoiler:

If these contract extensions are based on information given to the show by GRRM about the direction of the final two books, it appears that question of what exactly happened has been answered definitively. Damn, HBO, that's how you spoil something.

Incidentally, for those of you wondering about beloved secondary characters like Brienne of Tarth, THR says that contracts for many supporting actors have also been renegotiated for the same purpose, though they don't name them. Care to guess who makes it to the final season?

Related to:
brittany vincent, a song of ice and fire, game of thrones, hbo, movies and tv
0
Tweet