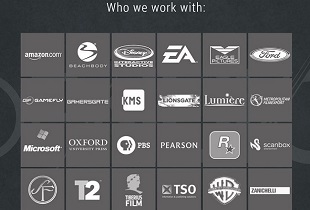 Rockstar is reportedly using Denuvo DRM on the PC version of GTA V.

Update: After publication, a representative from Denuvo reached out to The Escapist, saying that Denuvo will not be used in Grand Theft Auto V. "Denuvo is not in any way involved with any version of GTAV," said the spokesperson. Denuvo did work with Rockstar on GTA IV, however.

We are still waiting for comment from Rockstar, and will update accordingly if any comment from the developer comes in.

Original Story: If the rumors are true [Update: they are not], Grand Theft Auto V on PC will have an additional layer of DRM when it launches on Steam in February 2015.

A user on GTAForums says that GTA V will be loaded up with Denuvo DRM, a third-party anti-piracy system that's used on games and non-gaming software alike. Denuvo can be found on EA's FIFA 15, as well as Lords of the Fallen.

Denuvo would be employed on top of Valve's Steam distribution/DRM platform, and the software is considered unhackable for the time being. There have been no confirmed cases of hackers bypassing Denuvo on FIFA 15 and Lords of the Fallen, hence the reputation.

Along with DRM generally drawing the ire of PC gamers everywhere, Denuvo could also be behind performance issues some Steam users are experiencing with Lords of the Fallen.

The Denuvo website is currently down (we're not sure if it's coincidence or not), but the firm does appear to list Rockstar Games, Take-Two Interactive, and EA as partners. Other gaming partners listed are WB and Disney, while non-gaming software partners include Amazon, Ford, PBS, Oxford University Press, and Pearson.

We've reached out to Rockstar Games PR for comment, and confirmation of the DRM's usage.

While we wait for official word (or while you curse the elder gods for seeing DRM mentioned in a video game news post), see above for the latest crop of GTA V screenshots. These are all 1080p, and are "next-gen," meaning they were captured on the Xbox One, PlayStation 4, or PC.