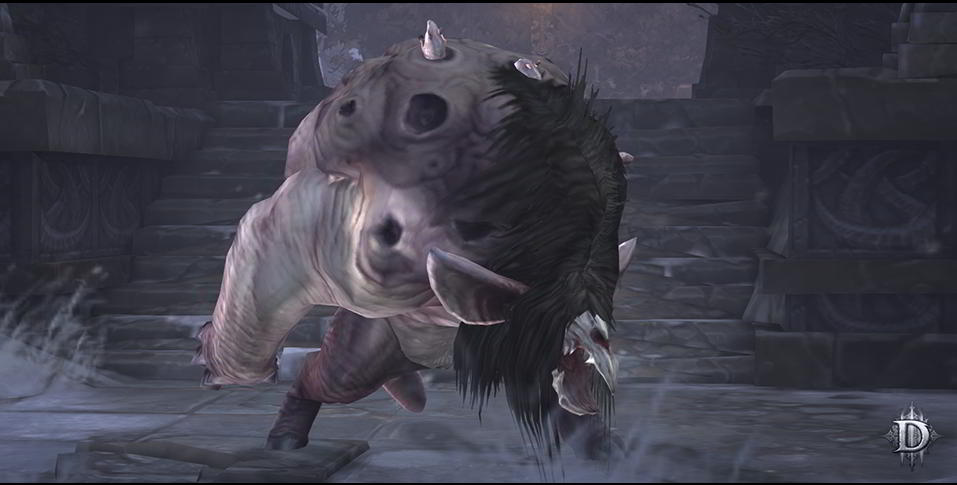 Diablo III: Reaper of Souls has been out for awhile, but that doesn't mean Blizzard hasn't been working on the game. Here's a roadmap for what the D3 team is planning for the game.

Patch 2.1 for Diablo III: Reaper of Souls went live in August, but there is no rest for the weary. In the case of the Diablo III dev team, that means more planning for the upcoming 2.1.2 update, which will be released sometime in the near future.

The team, headed by game director Josh Mosqueira, was on hand at BlizzCon 2014 to detail a bunch of the changes coming in the patch and beyond. "Death was just the beginning," Mosqueira said as he started the panel discussion of what's next for the franchise. Of course, what's Diablo III without loot, and 2.1.2 will bring some changes to the popular Treasure Goblins.

Previously there were four versions of the goblins and all that differentiated them was the color of their pants. Now, the whole goblin will be a different color, and each color will determine what the goblin will drop. The gold goblin will still drop a variety of loot from gold to gems to items, but the colored ones -- white, green and red -- will drop specific loot. The white Gem Hoarder is just what the name implies: it litters gems until it is killed in an explosion of multifaceted colored gems. The green Odious Collector will drop crafting materials and plans. And finally, the red Blood Thief will drop Blood shards ... LOTS of blood shards.

In addition, Goblins will start in front of their portals and have a variety of giggles and expressions. They will also offer unique icons on the minimap to alert you as to the type of goblin in play. But beware, the goblin is a bit more devious as it will deliberately lure you toward large groups of monsters, since most players choose to run headlong after them with the sole thought of extra loot.

Game designer Jonny Ebbert was up next to talk about the popular adventure mode. He said changes will bring new legendary gems, new hub layouts and more of a visual variety for greater rifts. Two of the new gems in 2.1.2 will focus on healing (Molten Wildebeest Gizzard) and defense (Esoteric Alteration). He said the reason for the new gems was to give players more options to change up gameplay. He said most legendary gems were in play already, but a few were incredibly popular. The new gems will hopefully balance out the use of the other gems.

As for hub layouts, he said that some of the hubs had the artisans spread out a bit far, especially in Act I. In Adventure mode, the artisans will be much closer together and force the player to do less running around. 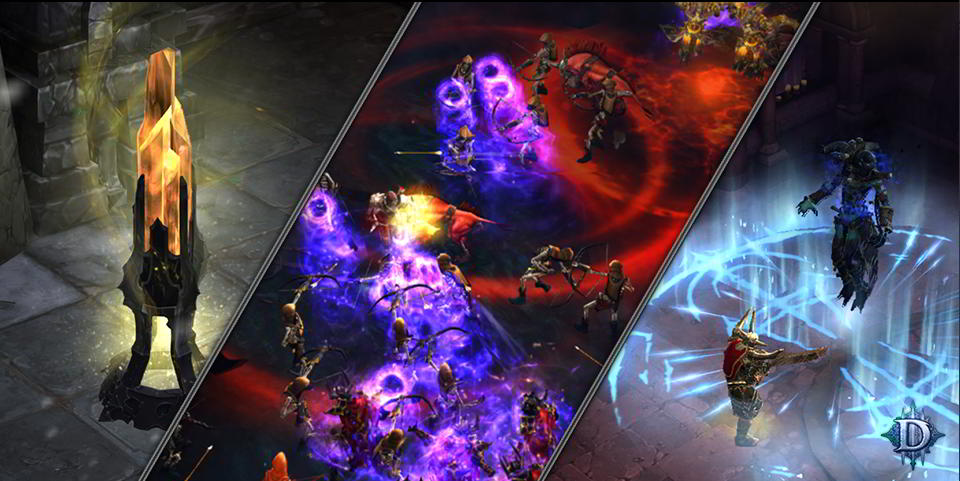 Senior technical designer Wyatt Cheng next talked about the greater rifts and the need for randomness to keep replayability high. But he said that randomness is being refined in an attempt to make everything in a rift useful. For example, the conduit pylon was by far the most useful in the rifts, but they were looking at ways to make the other pylons just as useful so players didn't have to rely on a conduit pylon to succeed. For example, they are experimenting with the speed pylon to increase its buff to one minute from 30 seconds. The shielding pylon would reflect damage back on enemies and when the buff wears off, there would be an explosion of AoE damage. He said they also want to make sure that each rift will give you from 2-4 pylons instead of maybe one to six.

He said the team is also looking at improving monster density in rifts, so that success or failure is not so dependent on the random number generator. And specifically they are looking at each of the rift guardians to make sure they provide a memorable fight, which includes new mechanics on some existing guardians.

They are also looking at the random level design and will eliminate long dead-end hallways or huge looping dungeons. They are also trying to make it so each area has a more random feel and not variations on the same theme. 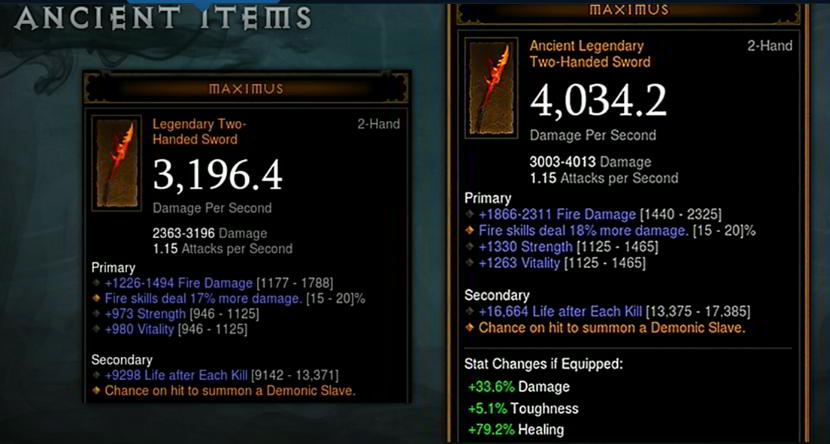 Finally, lead designer Kevin Martens talked about new legendary items, called Ancients. These are a new tier of Legendaries that provide up to a 30 percent boost in stats and abilities. They will be available in Torment level as well.

He also showed off a bit of a new zone, the Ruins of Sechseron. Diablo 2 players will remember it as the home of the Barbarians before Baal got a hold of it. The new zone is full of traps and has a very "melancholy" feel to it, Martens said.

In addition, he showed off three new monsters: The swarming Naja Beetle with fire spit attacks; Frost Maggots that have low hit points, but can freeze you in place for a short time; and Glowing Death, an aggressive flying insect modeled after the desert sand wasps.

He also unveiled a new rift guardian called the Rat King, describing it as "the most disgusting thing we have done." Rats pop out of holes in the Rat King's back, and all attacks -- such as the rat tornado -- are rat based. When you kill it, it explodes in a shower of ... you guessed it, rats! "That's how rats are born in Sanctuary," he said.

The timeline for these changes will have Treasure goblins, season 2 items, all conquest, adventure mode improvements, and new Legendaries coming in patch 2.1.2. The new monsters, the Ruins of Sescheron zone and more new Legendaries will be coming in a future patch.