In Sky Temple, you will fight to control temples, which when held unleash a blistering onslaught on your enemy's forts.

At BlizzCon 2014, Blizzard talked up its currently-in-alpha MOBA: Heroes of The Storm. In addition to revealing new heroes and the closed beta release date, a few new maps were also unveiled. Tomb of the Spider Queen, where you kill minions and collect gems to summons the spider queen, and Sky Temple, where you fight to control Temples which unleash damage on your opponent's forts when held.

We've now got a few more assets and information on Sky Temple. First up, check out some screenshots of the upcoming level, as well as Thrall, Jaina and The Lost Vikings in action, below:

In Sky Temple, temples will periodically spawn on the map. If you stand within their grounds, you capture their power, which causes a surge of power to constantly damage your enemy's forts. But beware! As well as having to fight off players on the enemy team, NPC Guardians will try to wrest control of the temples back from you.

In addition to the new maps, Blizzard also revealed a couple of new features - draft mode, and obeserver mode. While these modes are standard to most MOBAs, its the first time we're seeing them in Heroes of The Storm. Check them out below:

Lastly, we've got this awesomely detailed map of the Sky Temple level. Be sure to click the image for the full-sized version: 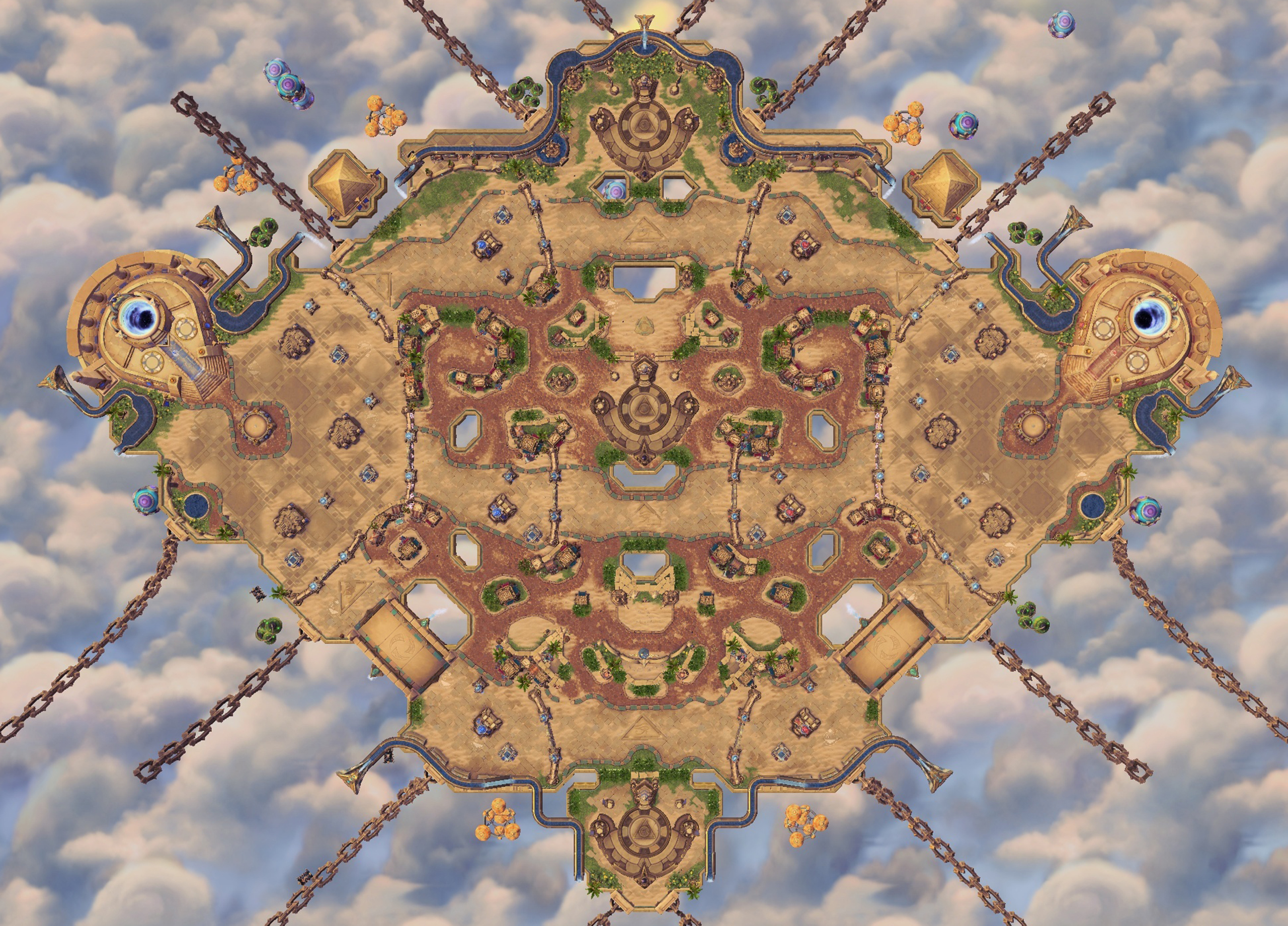