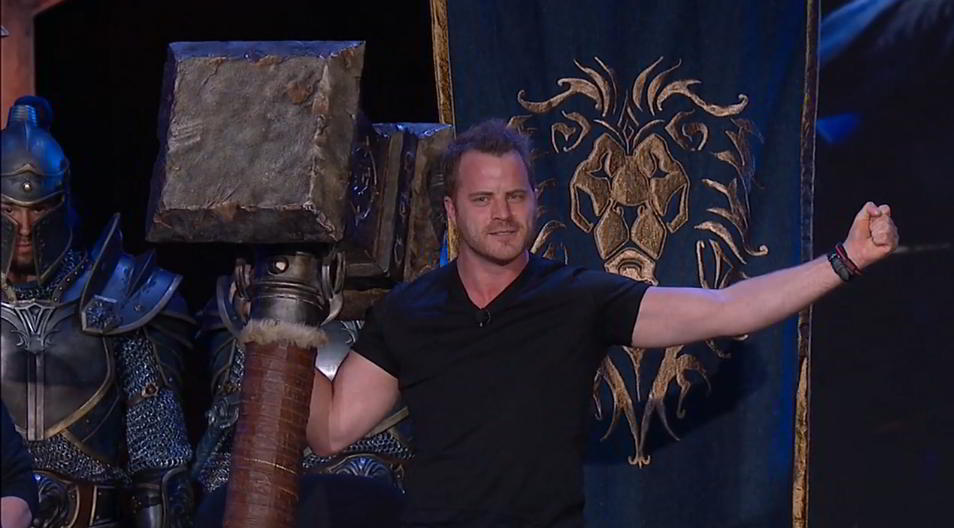 The Warcraft movie panel didn't offer any footage from the movie, but it did finally reveal key members who will be in the cast, including one in full CG glory.

The Warcraft movie is coming March 11, 2016, and information has been relatively hard to come by, which is not unusual for anything associated with Blizzard. However, at the Warcraft movie panel at BlizzCon 2014, it was finally revealed what actors would be in many of the key roles.

The film is going to be told from both the Horde and Alliance sides, with an emphasis on trying to make both sides sympathetic. Jones said that the original script by Sam Raimi did not put the Orcs is a good light, so it was rewritten. Metzen said several passes were made, but it wasn't until they hit upon the idea of Lothar vs. Durotan that the direction of the film finally came together.

Metzen also explained that he got to stand on the main street of the re-creation of Stormwind. "There's the mailbox and there's the bulletin board ... I had tears in my eyes," he said. "On the bulletin board, there's parchments of things like Wanted: Hogger and Fargodeep Mine, and I'm going holy shit. The level of detail and craftsmanship was overwhelming."

Jones put it in a nutshell when describing the scope of the project: "We have so many special effects. It's Avatar and Lord of the Rings at the same time. It's a big, big, big film."