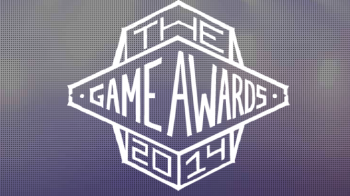 Airing December 5, the Geoff Keighley-produced Game Awards has the support of major publishers like Microsoft, Nintendo, and EA, with many industry guests slated to appear.

Look out, Spike TV's VGX awards show: there's another game in town. Simply called "The Game Awards," the first-ever iteration of the new show to celebrate achievements in gaming will be streamed on consoles and Steam on December 5.

Produced by Video Game Awards veteran Geoff Keighley, the show aims to "acknowledge the place of video games at the center of modern entertainment and culture--and make it available to a far larger audience," Variety reports. That doesn't mean it won't come with a fair amount of hype; like Spike's show, the Game Awards will tease upcoming projects via new trailers and announcements.

Fans who are tired of seeing uninterested Hollywood stars present at the VGX event year after year might be pleased that the Game Awards' line-up appears to be mostly gaming-related. Game developers, eSports competitors, and "online content creators" (which I assume means YouTube stars) will make appearances at the show. More impressive is the list of advisors, which includes Nintendo's Reggie Fils-Aime, Yves Guillemot of Ubisoft, Metal Gear creator Hideo Kojima, and EA head honcho Peter Moore.

I'm not sure what to think about the award show's advisory board being made up of publishers, as opposed to journalists or other more neutral parties, though it's unclear just how much influence these advisors have over the show and winners. I am happy to see another show challenge Spike TV's reign, as the efforts of the self-described "first television channel for men" had a tendency to be on the embarrassing side. As always, I'm more interested in the announcements than the awards, so I'll be tuning in on December 5 to see what the Game Awards are all about.