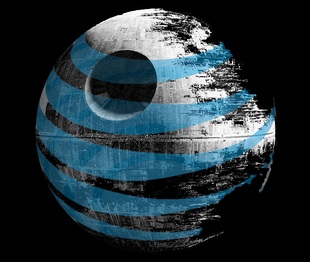 Update: The FCC, seeing that AT&T's is hitting Pause on its fiber network rollout, has sent an official Request for Information over to the telecom/broadband giant.

AT&T has stated that it will bring fiber to some two million homes that are part of the not-yet-official DirecTV acquisition, but that would be it for now. Future fiber rollout wouldn't be committed to until after the federal government settled on the future of net neutrality/open Internet regulations.

The FCC also wants to know if the decision is tied to AT&T's views on fiber being profitable or not, along with any and all documents related to this week's developments.

AT&T has one week (until November 21st) to respond to the FCC. We will keep tabs on the information request over the coming days.

Original Story: AT&T is pressing the pause button on its fiber-based high-speed broadband network until the net neutrality debate is settled.

The telecommunications giant has plans to bring fiber internet (think Google Fiber) to 100 American cities, but those plans are being shelved until Tom Wheeler and the FCC make a definitive move on Open Internet policies.

"We can't go out and invest that kind of money deploying fiber to 100 cities not knowing under what rules those investments will be governed," said AT&T CEO Randall Stephenson. "We think it is prudent to just pause and make sure we have line of sight and understanding as to what those rules would look like."

The move comes after President Barack Obama requested that the FCC reclassify broadband Internet as a utility under Title II of the Telecommunications Act.

AT&T offers some sort of broadband Internet access across the United States. DSL service is available almost anywhere, while FiOS-like U-Verse service is widely available as well. The U-Verse "GigaPower" network is only available in Texas -- Austin, and Dallas-Fort Worth -- with expansion planned in 100 cities over the next several years. Those expansion plans are now on hold, assuming this isn't a politically-charged bluff.

This is not the only government crossroads AT&T is involved in, as Ma Bell is going through regulatory hurdles to buy DirecTV for $48 billion.