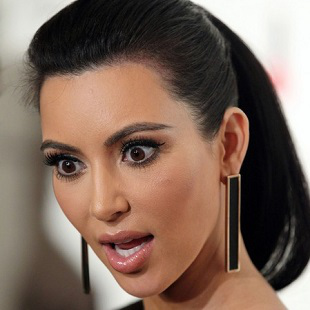 As reported earlier this week, the European Space Agency hit the latest (and greatest) milestone in its Rosetta probe mission. Launched in 2004, the probe made contact with the comet early Tuesday morning on the East Coast, as its Philae lander settled in on the speedy, ice-covered rock.

Also happening this week? Kim Kardashian posed nude for Paper Magazine (definitely NSFW), including a cover photo that is the focus of a "#breaktheinternet," social media campaign.

Kim's celebrity status, the catchy hashtag, and the unstoppable juggernaut that is celebrity-driven gossip media did bring this, um, cause plenty of attention...but science has indeed prevailed.

According to WSJ's Speakeasy blog and its Twitter data analysis, the ESA comet landing netted more tweets than Kardashian's derriere. The #cometlanding hashtag saw peak traffic of over 3,200 tweets per minute, with the zenith coming on November 12th around 11:30am ET. The #breaktheinternet tag on a similar timeline? A peak of 300 tweets per minute on Wednesday evening (8:30pm ET).

While the Internet-breaking campaign might have added longevity (since the comet landing has been completed), Peak Internet belongs to those who look up into the infinite beyond of outer space.

But I would be remiss if I didn't say this is my favorite Vine of all time (probably NSFW). And let's not forget when science does indeed meet celebrity (also probably NSFW). #breaktheinternet