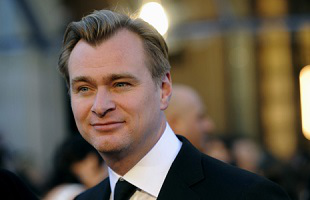 "We made carefully considered creative decisions."

Have you seen Interstellar yet? I liked it more than the intrepid Bob Chipman, although it did feel a little discombobulated at times.

That disjointed feeling, while tied into how much of the film was likely left on the cutting room floor, might be tied to Interstellar's sound design as well. I saw Nolan's latest in IMAX last week, and there were several scenes or lines of dialogue that I didn't quite catch, thanks to the, um, substantial amount of bass during the feature presentation. The sound effects in Interstellar are top-notch, but when they drown out potentially crucial lines of dialogue? That's muddy water, for sure.

And I'm not the only one, as there are posts all over the place talking about sound design choices made by the Interstellar creative team.

According to Christopher Nolan himself, that was an intentional move during the sound editing/design process.

"Many of the filmmakers I've admired over the years have used sound in bold and adventurous ways," said Nolan in a recent interview with The Hollywood Reporter. "I don't agree with the idea that you can only achieve clarity through dialogue. Clarity of story, clarity of emotions - I try to achieve that in a very layered way using all the different things at my disposal - picture and sound."

Nolan continued, saying he visited several theaters in Los Angeles and New York City to hear the sound mix for himself. "The theaters I have been at have been doing a terrific job in terms of presenting the film in the way I intended. Broadly speaking, there is no question when you mix a film in an unconventional way as this, you're bound to catch some people off guard, but hopefully people can appreciate the experience for what it's intended to be."

I'll likely find myself in a non-IMAX theater this week, watching Interstellar for a second time. Keeping Nolan's thoughts in mind, it will be interesting to see how the dialogue comes through in a standard 35mm/digital screening environment.