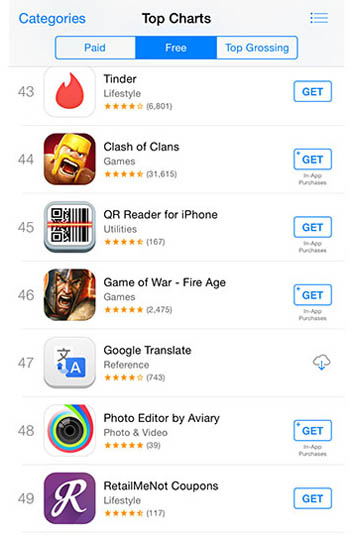 Apple made a small but important change to its App Store, and it's one critics of free-to-play games are celebrating.

Yesterday Apple changed the labeling of free-to-play games, changing the "free" download button to one that's labeled "get." It's a small change, but it's in wake of pressure from the Federal Trade Commission.

Underneath the "get" button is a note that the app contains in-app purchases. Critics of the free-to-play model argue that this model takes away elements of games' content or gameplay and manipulate players into spending more money. There was even a recent South Park episode that depicted a character unable to stop making in-app purchases even though he didn't like the game.

However, most of the pushback has come from regulators such as the Federal Trade Commission. Both Apple and Google have had to settle complaints from the FTC over in-app purchases. The FTC also addressed complaints to Amazon, but the company has refused to settle. In September, Google had to start refunding customers' unauthorized in-app purchases and would have to obtain consent before billing in the future. In January, Apple settled and agreed to change its billing practices.

An Apple spokesperson told Re/code the "GET" button is a worldwide change. Google has yet to enact a similar change.

Apple's change appears to be small, but it shows that games with in-app purchases aren't quite "free."