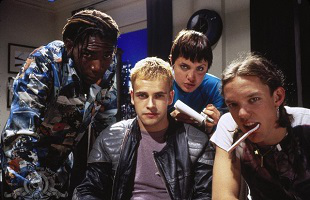 DerpTrolling, the hacker group that took responsibility for the DDoS attacks on World of Warcraft servers last weekend, reportedly has access to user login information for the PlayStation Network, 2K Games, and Windows Live.

It's important to note that we are still in rumor/unconfirmed report territory right now, so be sure to take this leak news with a hearty grain or two of salt.

The group, led by a hacker named "GabenTheLord," posted a portion of the as-yet-unauthenticated credentials to Pastebin with the following message: "Dear Internet, the following is a very small portion of Lord Gaben and the rest of his crews glorious raids across the high seas of the Internet."

It's important to remember that these leaks have not yet been confirmed by any of the service providers involved, and it very well could be fake, or old information. But as the saying goes, better safe than sorry, so some password changes may be in order before your weekend kicks off.

Thankfully, there haven't been any reported PSN service outages, so this could be worse. A lot worse, as we all know.

We've reached out to Sony and 2K about the reported leaks, and we will update as soon as word comes back from either.