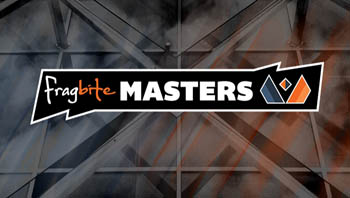 A regular European StarCraft 2 competitor tweeted he would rape his female opponent.

Leander screencapped the tweet and wrote about it on eSport.

Leander was the only woman invited to participate in the tournament. "My first reaction was 'but I'm not good enough,'" she said. She decided to take a chance and participate. She noticed the game was paused for a moment early on, which she later determined was due to him posting his tweet.

"I don't even know what to say," she said. "I was very surprised to say the least. This coming from a pro player is scary. The organizers did what they could. They asked Kas to apologize and talked about it after."

Leander went on to play her match and try to let go of it. Later on she wrote on Twitter, "With that said. If you didn't know: joking about rape is never ok. Ever. If you think it is, please unfollow me."

Several apparently male Twitter users responded to her tweet to call her a "stupid crybaby" and tell her she was a "trash" player.

Hayda did apologize on Twitter after he was disqualified. Fragbite Masters called Hayda's behavior inappropriate and stated it does not "tolerate this kind of behavior."

"First of all, I have to say that this is terrible," Pontus Eskilsson, head of Fragbite Masters, said. "We will never stand for this kind of behavior, and therefore a disqualification is highly appropriate. We need to show the players that these kinds of toxic acts have consequences."

The eSports community is often male-dominated and unfriendly toward women. Earlier this year, the International eSports Federation excluded women from a Hearthstone tournament in one of its many gender-segregated tournaments; the IeSF later revised its policy to replace male-only tournaments with tournaments that are open to all. Women are less visible in competitive gaming tournaments thanks to sexism, marketing strategies overlooking them, and gender norms that treat games as a male hobby.

Hayda's comment is just one example of how the eSports community pushes women away.