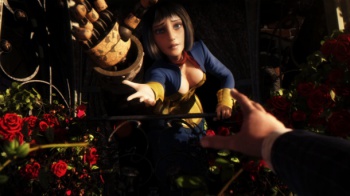 BioShock developer Irrational Games is looking for an IT Manager and a Senior Programmer.

Irrational Games, the folks behind the legendary BioShock series, shocked us all by announcing it was closing up shop shortly after the last BioShock: Infinite DLC shipped. Director Ken Levine said this was due to his desire to make more experimental games with a smaller team. But now, it looks like Irrational is back, as two job postings have just gone up on its official website.

The first posting calls for an IT Manager - nothing too out of the ordinary here, as the description lists regular IT stuff like setting up networks and system security. On the other hand, the second posting is for a Senior Programmer, and calls for a rather specific focus on AI programming.

From this information alone, we can't really discern what the studio is up to, however, the fact that the postings only recently went up means that the studio will probably be springing back into action at some time in the future.

When he announced Irrational's closure, Levine stated that "To meet the challenge ahead, I need to refocus my energy on a smaller team with a flatter structure and a more direct relationship with gamers. In many ways, it will be a return to how we started: a small team making games for the core gaming audience."

We had assumed that Levine intended to restart under a new name, but from the looks of things, his new project will still be developed under the Irrational name.

We've reached out to 2K and Irrational for comment.

Disclosure(s): Strauss Zelnick, Chief Executive Officer and Chairman of the Board of Directors of Take-Two Interactive Software, Inc., is the head of ZelnickMedia, an investor in both Take-Two and Defy Media, LLC, our parent company. This article was published without approval or consent of ZelnickMedia or Take-Two.