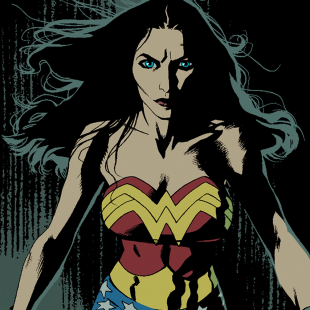 DC has unveiled ten planned Convergence mini-series drawing heavily on its comics from the 1980s.

Over the past few weeks, DC Comics has been gradually unveiling 40 two-part mini-series that it plans to release alongside next year's timeline merging Convergence event. In its first round of reveals, the comic publisher showcased mini-series based on characters and plot lines from the 2000s era just prior to the partial reboot of the New 52. Last week's announcement followed this up by revealing ten more comics based primarily on DC books from the 1990s. Continuing with another announcement today, DC has rolled the clock back even further with ten more minis rooted in the 1980s.

According to the publisher, the third set of Convergence mini-series will include the following: Batman and the Outsiders, Adventures of Superman, The Flash, Wonder Woman, Green Lantern Corps, Justice League of America, Superboy and the Legion of Super-Heroes, Swamp Thing, New Teen Titans and Hawkman. This latest batch of books will feature writing from authors such as David Gallaher and Dan Abnett (among others) with an assortment of artists and colorists bringing them all to life.

Seeing as I was only a toddler at the end of the 1980s, I'll confess to not having the most complete working knowledge of that era and its comics. That said, I'm curious as to what you think of Convergence's growing retinue of tie-ins and whether or not you're satisfied with what's been announced? We'd also love to know which characters and comics you're hoping DC will revisit with next week's final round of Convergence announcements. We obviously won't know for sure until it actually happens, but if the publisher holds to its current pattern the final ten should take their inspiration from comics in the 1970s.