Blood Elves will finally be joining the other "classic" World of Warcraft races with a visual update.

Way back when World of Warcraft: Warlords of Dreanor was first announced, one of the features Blizzard promised was a visual update of all the "classic" races - that is, Taurens, Orcs, Undead, Trolls, Gnomes, Dwarves, Humans, Night Elves, Draenei and Blood Elves. By the time the game had launched, every class had received its visual update and looked glorious... except for those poor Blood Elves, who were still stuck in 2007.

Now, Blizzard has finally revealed to us what the updated Blood Elves will look like... although it has neglected to give us an exact ETA of when the models will go live. First, let's check out the new Blood Elf female model (click to enlarge): 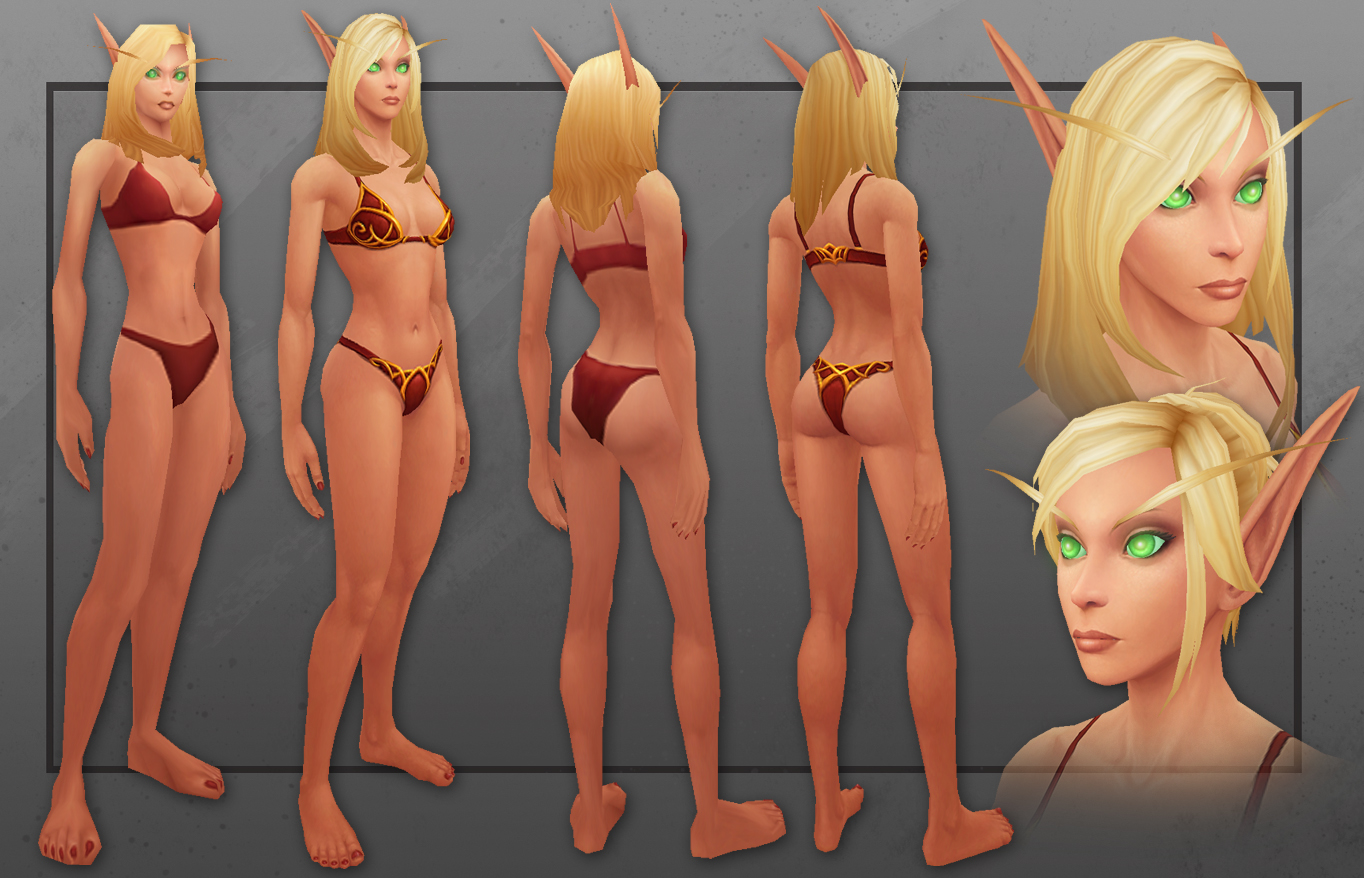 Here's what Blizzard Senior Artist Dusty Nolting had to say about her:

The Horde has classically been about brutes, blood, and thunder. The Blood Elves bring a bit of subtlety to the Horde, and I think that was one of the most important aspects of the Blood Elves to maintain. For the female specifically, something we did often was move things around in small but deliberate increments, to make sure everything was just right. It's the delicate details like her nose shape or fingertips that represent the most challenging parts of upgrading the female. 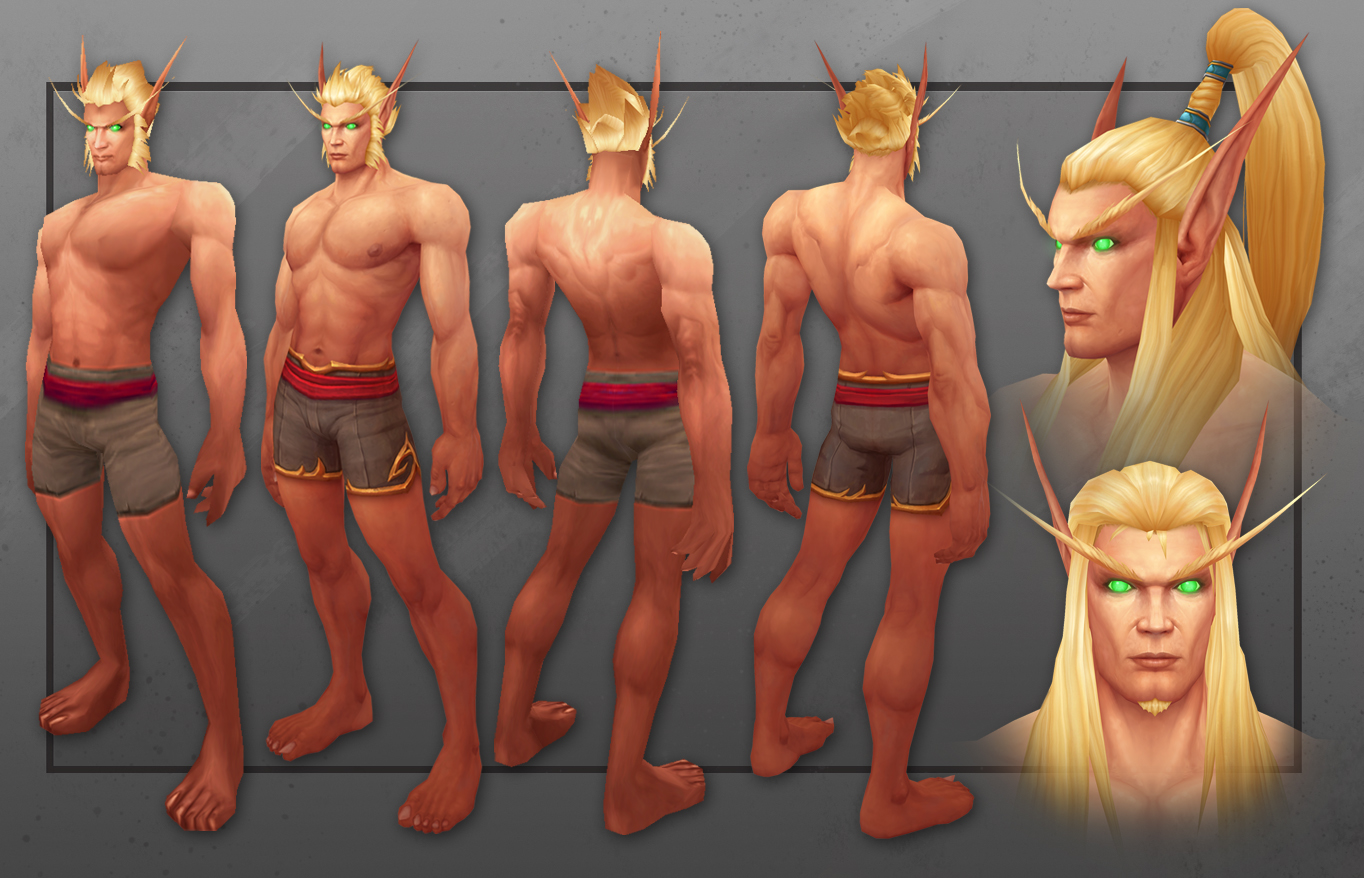 And here's what Blizzard Senior Artist Joe Kelle has to say about him:

The male Blood Elf already has a lot of character with his easily recognizable pose and stylish hair. Our update just gives us a chance to define and focus on that. His anatomy, facial features, and hair will all get an update while still maintaining his iconic look, bringing him to the level of the other new character models.

So, Blood Elves, the most beautiful and fabulous of our Horde brethren, rejoice! Your visual update is coming soon.