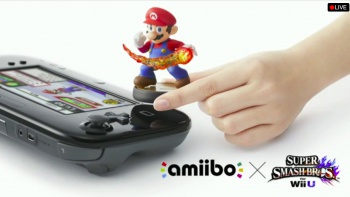 Analysts estimate Nintendo will make a $297 million profit this year.

It doesn't seem that long ago that we were reporting on Nintendo's record, yearly losses, and how the company appeared to be in dire straits. But Nintendo has been trying its hardest to win back its fans, and now, according to an analyst report from Bloomberg, it looks like the company will again have a reason to celebrate this Christmas.

At least eight analysts have raised profit estimates or ratings since September, with the two most recent calling for the company's profit to triple to 36.8 billion yen ($297 million) by the year's end. Furthermore, analysts predict that Nintendo's amiibo figures, which are selling out so fast people think they've been discontinued, are set to bring in the company a billion dollars in profit from US sales alone.

"Nintendo has picked up good momentum heading into the Christmas season," said Tomoaki Kawasaki, a Tokyo-based analyst with Iwai Cosmo Securities Co., who raised his rating to neutral plus last month. "This time they have a hit lineup. Amiibo represents a new revenue source, and we are watching it very closely."

But it's not all toys that Nintendo has to thank for its success: Super Smash Bros. for Wii U sold 490,000 units in just three days in the US, the fastest pace ever for the console in the market.

Is Nintendo back? Can we finally put all that "Nintendo is dying" doom and gloom behind us? I'd like to hope so!