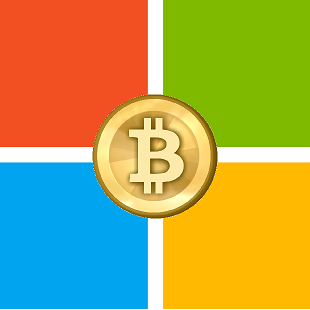 Finally, all that GPU-intensive Bitcoin mining will pay off!

For those who have evolved beyond the credit card and cold hard cash, Microsoft has added Bitcoin as an acceptable form of payment in several software products.

The new payment method is now being accepted on Xbox, Windows, and Windows Phone, meaning you can purchase all manner of software in the Microsoft ecosystem without dipping into your checking account.

The cryptocurrency adoption goes live today, but there are a few steps involved. Anyone interested in using Bitcoin will have to use the converter of Microsoft's choice -- BitPay. You trade in your currency through the middle man, much like exchanging U.S. Dollars for Euros when travelling abroad. BitPay, which determines the exchange rate on its own, then adds the exchanged Bitcoin to your Microsoft account, where it's listed as your local physical currency. The process is similar to adding any other form of payment to your Microsoft, like a new credit/debit card, PayPal, etc.

Bitcoin isn't yet being accepted as a direct form of payment by Microsoft (hence all the conversion/Microsoft wallet talk), but this could be a step in that eventual direction.

"For us, this is about giving people options and helping them do more on their devices and in the cloud," says Eric Lockard, corporate vice president of Universal Store at Microsoft. "The use of digital currencies such as Bitcoin, while not yet mainstream, is growing beyond the early enthusiasts.