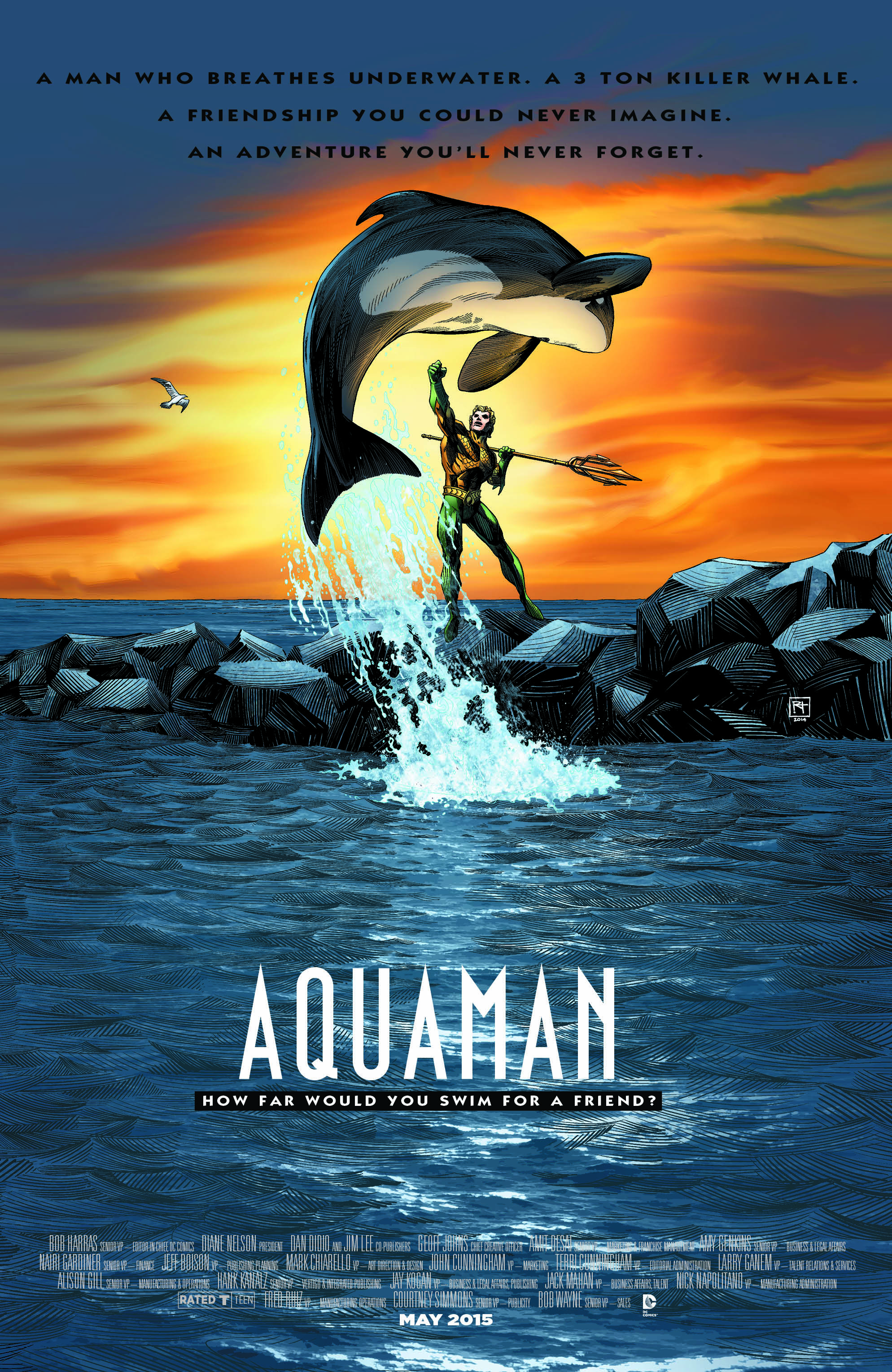 I'm generally not a fan of crossovers. I like characters and stories to stay where they belong. Even feeling that way though, there still come moments where I can't deny the sheer awesome factor of mixing two things that don't necessarily go together. Take DC Comics' recently unveiled plans for a series of special variant covers.

Beginning in March 2015, the comic publisher intends to start releasing special comic covers recreating Warner Bros. movie posters using DC superheroes. The homage, altogether, will include more than 20 different comics and involve a wide array of characters such as Batman, Superman, Wonder Woman and the Flash. The full list of comics and movies involved in the variant cover plans will include the following:

Hoping to show off some of the covers, DC has already released images from several of the books slated to come out in March. Among the covers unveiled to news outlets are Wonder Woman's rendition of 300, Green Lantern's translation of 2001: A Space Odyssey and an Aquaman version of the Free Willy poster that's, frankly, amazing. Take a look and let us know which movie covers you're most looking forward.