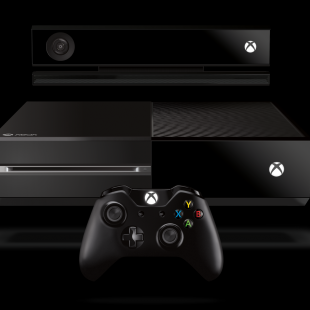 Riding on the back of a strong Black Friday performance, the Xbox One was the king of console sales last month.

For months now, the PlayStation 4 has been a seemingly unstoppable force in the console market. Even when conditions seemed primed for the Xbox One to pull ahead, the PS4 still took the top sales spot. After nearly a year of coming in second place to Sony's gaming machine however, it would seem that Microsoft's console has finally had its day. According to recently released NPD tracking numbers, the Xbox One was the highest selling console in November.

Not unexpectedly, the news has left Microsoft more than a little happy. Speaking about the sales numbers, Corporate Vice President of Xbox Marketing Mike Nichols expressed his gratitude for the company's customers and their decision to support the Xbox One. "We are amazed by the excitement Xbox fans have shown to start off this holiday. November set a new record for sales of Xbox One, and Xbox One was the best-selling console in the US and UK," he said. "We love to see the excitement from our fans and are grateful for their passion, support and contributions to the Xbox community."

The Xbox One's increased sales could most likely be attributed to its success during the most recent Black Friday. While the PS4 also moved a high volume of units that day, a $329 Assassin's Creed: Unity bundle helped the Xbox One outsell its competition by a considerable margin. Seeing how it's fairly common for shoppers to reserve their big electronics purchases for Black Friday, it makes sense that the Xbox One could win the whole month based on its performance for that one day. The big question, of course, is whether or not it will be able to stay on top without something like a major sales holiday to cushion its sales numbers. Suffice it to say, we'll be interested to see how the numbers play out at the end of December.