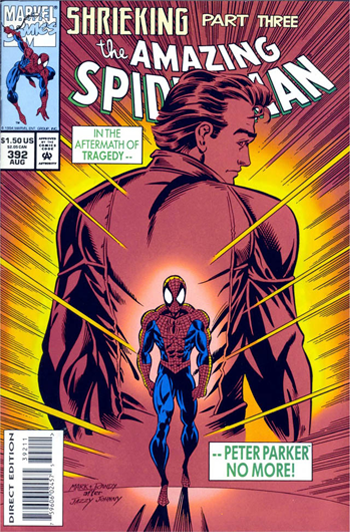 For those just joining us: Somebody hacked Sony Pictures and dumped their corporate email correspondence onto the web, revealing (among other things) that the studio's troubled Amazing Spider-Man franchise is apparently in worse shape than previously thought, leading their Japanese parent company to consider stepping in to salvage the series - by relinquishing partial control of the character to rival Marvel Studios for a crossover deal that the studio bosses previously rejected.

Today's new embarrassment: If Sony Japan does order it's Hollywood subsidiary to let Spider-Man join the Marvel Cinematic Universe, they may be doing so without Amazing star Andrew Garfield. In a breakdown of several of the now-public emails involving Sony chief Amy Pascal, Mashable reports that the studio had already decided to jettison the young actor in reaction his badmouthing the sequel and bailing on a scheduled appearance at a Sony corporate event.

Instead, the emails (dating to this past October) describe using a hoped for appearance by the character in Marvel's Captain America: Civil War to "re-reboot" the franchise by introducing (yet another) new actor as Spider-Man; who would then have appeared in a new series of films back at Sony. Those initial talks broke down, seemingly because Sony balked at Marvel wanting final creative control over their use of the character (i.e. major story/status-quo changes that might occur during his Marvel appearances) - terms that Sony Japan may now be willing to accept.

If this is indeed the end of Garfield's time as Spider-Man, it shouldn't make too much of a dent in his star-status: He's already scheduled to headline Martin Scorsese's historical drama Silence.