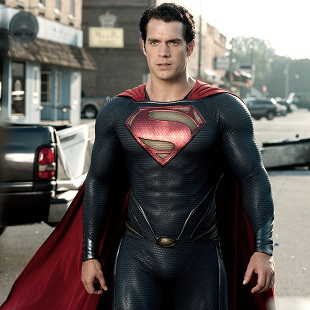 How does Bruce Wayne, the rest of the world feel about Superman? We're going to find out.

If the latest Batman v Superman: Dawn of Justice script analysis holds water, the upcoming DC Comics flick will show how the rest of the world feels about Superman.

Spoilers ahead, ladies and gentlehorses.

Badass Digest got to thumb through a version of the Dawn of Justice script that was penned about a month before production (filming) began. In the script, we see how Superman is trying to evolve into his own superhero role, while maintaining awareness of how the rest of the world views him.

One of the more contentious issues in Man of Steel is how Superman handles General Zod at the end of the film -- snapping necks and murdering aliens aren't two things we normally associate with the Man of Steel, after all. So when Superman confronts a villain in the film with "I won't snap your neck, I'm going to take you to prison," all is well and good...for a minute, at least. This kind of internal power struggle -- how to balance his powers with his own beliefs, and his role in the post-Superman world -- remains evident when Clark threatens to break the same villain's back later on.

Another theme for Clark throughout Dawn of Justice is how the world (outside of the United States) views the Man of Steel. By this point, it seems as though America (its military included) is happy to have Superman around. China, on the other hand, does not want him flying in their airspace. Given the scope of the film, this kind of superhero political strife should come up more than once.

The plot details analysis, which also covers Bruce Wayne, Lex Luthor, Clark Kent's relationship with Lois Lane, and the appearance of Doomsday, is very much focused on Superman, which shows how balanced Dawn of Justice will (or could) be. With all the Batman-Ben Affleck-centric over the last year, it's good to know that Superman is getting just as much attention.