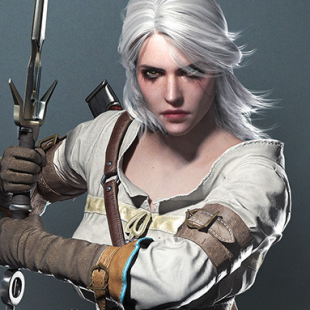 Special plot spots in The Witcher 3 will give gamers the chance to play as Ciri.

Earlier this month, it was revealed that CD Projekt Red's The Witcher 3: The Wild Hunt will include a second playable character. The obvious question in the wake of that reveal was who it would be. Opting not to keep its fans in suspense any longer, the studio revealed the identity of this second character in an announcement today.

A central figure in both The Witcher books and the new game, Ciri will be playable during special sections of the game's plot. "Ciri is playable only during certain moments in the game - we introduce her to give gamers another perspective in the story to make it even more engaging," said CD Proket Red's Robert Malinwoski. "You won't play as her for long periods of time, but since she's crucial to the plot, we thought that additional insight will allow gamers to better bond with this cool character."

Malinowski would go on to describe Ciri as a "supportive narrative tool" that the team hopes to employ as a means to give players a glimpse of the story from a different perspective. "She also has her own will and agenda," he explained. "I think that is the most important aspect of this character. Geralt knows Ciri since she was a child. She's Geralt's apprentice and they have a close emotional bond - he trained her so she could become a witcheress."

Ciri's status as a trained fighter was probably another element that made her an ideal playable character. Had the studio tried to give players control over a sorceress like Triss or Yennefer, it likely would have necessitated new combat mechanics to compensate for their use of magic. Since Ciri was taught how to fight by series protagonist Geralt however, there probably won't be much need to adjust the combat to her fighting style. We'll find out for sure when The Witcher 3 finally releases in May 2015.