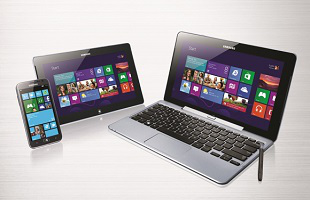 Azure-based Arcadia would be able to stream both games and productivity apps.

There's been plenty of chatter about gaming on Windows (specifically Windows 10) as of late, much of which has been triggered by Microsoft. But the latest news comes from ZDNet, and a Microsoft job posting that points to a new streaming service.

That LinkedIn posting says that "The new Operating Systems Group (OSG) Streaming team is leveraging the cloud to bring premium and unique experiences to Microsoft's core platforms." In other words: Using a cloud computing platform (Azure) to bring streaming software to Windows 10 users.

Called "Arcadia," Microsoft is reportedly working on a software streaming service that would tie into Windows. Arcadia is the name of the streaming technology, and it's not yet clear if it would be the name of a final release consumer or business product.

The streaming platform would serve two purposes; first, it would cater to the gaming crowd, as streaming games would be a significant component of Arcadia. We're not yet sure on what kinds of games, but a library of both PC games and Xbox titles could be in the works. (Streaming various console-exclusive titles like Halo or Gears of War, for example.) This could be similar to what Nvidia offers via is new-ish GRID gaming service.

The other component would be aimed at the business and productivity crowds; Arcadia would be able to stream certain non-gaming apps, and this could be applied to Windows 10 in a number of different ways. First, we could see non-Windows apps streamed to mobile devices, meaning iOS and Android apps could make an appearance on your next Windows Phone. Second, apps could be streamed to a desktop environment; you pay a monthly or yearly fee, and Microsoft opens your system(s) to a variety of apps not normally stream-able.

As far as PC gaming on Windows is concerned, Arcadia could only be part of the story. While this component is still in rumor territory (we have not been able to confirm on the record, or on background), the Xbox team could be expanding its Windows presence beyond a community-centric app. More information on that front is expected during Microsoft's Windows 10 event next month.