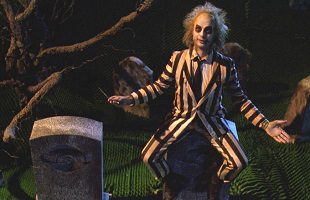 Michael Keaton has said he would return if Burton directed.

It's taken 26 years to confirm, but Beetlejuice 2 is happening, and two of the original's key players are coming along for the ride through the afterlife.

Yeah-yeah-ing aside, this means the most important roles are seemingly locked up. Ryder is set to return, as is Michael Keaton, who said he would reprise is role as the Undead Crusader if Burton returned as director. No word on Geena Davis, Alec Baldwin, or Catherine O'Hara, however.

The news of a Beetlejuice sequel is tearing me up a little inside. I'm a big fan of the original (as are many Escapist writers and editors), so naturally a sequel is appealing on some basic level. However, given Tim Burton's recent track record as a director (frankly I haven't been much of a Burton-ite since the 90's) leaves me just a little concerned. But then my gut switches directions again, as Michael Keaton has proved with several recent projects (like Birdman) that he's still a fantastic presence on screen.