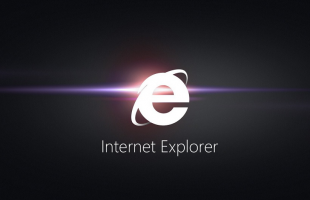 "Spartan" will be lean, support extensions. But Internet Explorer isn't going away.

When Windows 10 ships in 2015, a brand new Microsoft-built web browser is coming with it, according to a new report.

The project is currently called "Spartan," and Microsoft's new browser will be completely separate from the Internet Explorer family. In other words, this is not the IE 12 that some of you might be waiting for (be it to use, or to mock).

Rumors of Spartan have been around for a few weeks, ever since lead VLC developer Thomas Nigro said the new app would be the default browser in Windows 10. Along with being leaner, faster, and more flexible than Internet Explorer, Spartan will use two key pieces of Microsoft tech: Chakra (a JavaScript engine), and Trident (rendering engine). Spartan will also support extensions, adding to its new-found flexibility.

If the rumors are true, Spartan could be the viable Chrome, Firefox competitor that Microsoft has been after for years. While Microsoft still maintains a strong market share in the web browser space, the figures are largely tied to auto-installs of Internet Explorer in its Windows operating system. Spartan could be the first Microsoft web browser that Windows users see as a worthwhile option, rather than a rarely-used, pre-installed application.

Spartan could also tie into Microsoft's plans to monetize more of their home-grown Windows applications, but that won't be clearer until Spartan becomes officially official.

But don't count out Internet Explorer just yet. If Spartan does appear in Windows 10, IE 11 (and later, version 12) will be right there with it. The two will co-exist until Microsoft discontinues one or the other (the latter, assuming Spartan takes off with users).