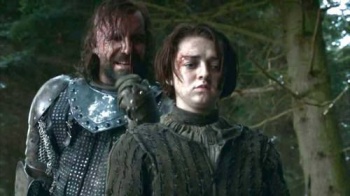 HBO has shown very little what fans should expect from the 10 episodes in the fifth season - not even a trailer. The show has become HBO's highest rated, passing The Sopranos last season. It is based on George R. R. Martin's A Song of Ice and Fire series, which Martin is still writing.

Game of Thrones will also be the first TV series to be shown in IMAX theaters. From January 23 to 29, 150 IMAX theaters will show the last two episodes of the fourth season, "The Watchers on the Wall" and "The Children."

Also on April 12, the fourth season of Veep and the second season of Silicon Valley will air on HBO. A cable-free HBO app will reportedly launch alongside the latest season of Game of Thrones.