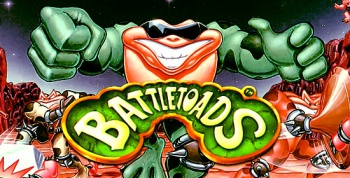 Last year, Microsoft renewed the Battletoads trademark right around the time Microsoft's Phil Spencer personally visited the Rare offices to check out its latest project. Fans were hopeful that we would see the return of the classic Rare IP, and now, creative director at Microsoft Studios Ken Lobb has added fuel to the fire, talking about the legendary studio and hinting at a possible Battletoads revival.

"So will there ever be another Banjo, Viva, Blast Corps, Battletoads?" said Lobb, when asked about Microsoft's enviable position as the owner of Rare. "Yeah, some day. And I think the reason you see things like Battletoads revived is because we know there's value, so we renewed the trademark."

But, before you get your hopes up too high, Lobb did clarify that "Does that mean it's coming this year? No. Does that mean it'll never come? Absolutely not. We have a lot of passion internally for each of these games that you mentioned and we have surprises in store in the near and long future, but understand that what it's really about is, we want to build this suite of IP [so] that we can add to that list of 'let's build some new things,' 'let's build some recent sequels,' and 'let's do some crazy stuff' like dig back into a portfolio of IP and build some games that people love."

So there you have it. We now know that Microsoft clearly realizes the value of Rare's IP, and while Lobb was reluctant to mention anything specific, it does seem like the company is at least thinking about revisiting these games. There is also, of course, Rare's secret upcoming project, which may have something to do with all of this.

Which Rare game would you most want to see revived? While Battletoads is a classic, I'd much rather see another Banjo Kazooie game.