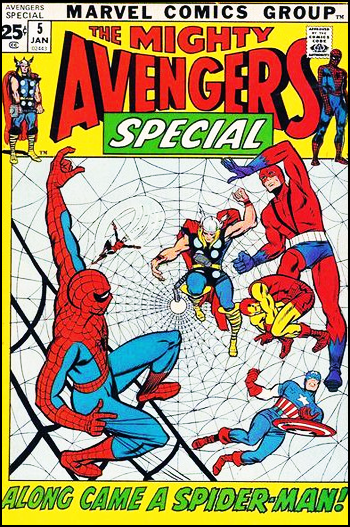 Gossip site claims Marvel and Sony have reached a deal

One of the bigger entertainment stories of 2014 was Sony Pictures' ongoing attempts to turn their Spider-Man reboot into a viable franchise turn into an even bigger disaster than some had predicted; with cast members in mutiny leaked emails from the infamous Sony Hack revealing a development process in chaos. For many fans, the breaking-point came with news that there had been a chance to put Marvel Studios back in control of the character... that were scuttled.

Now, reliable gossip-meisters Latino Review have a spoiler-filled report that claims to know the near-future plans for the Marvel Cinematic Universe ...plans that include the arrival of Spider-Man (almost-certainly meaning a new version played by neither Andrew Garfield onr Tobey Maguire) to the continuity of The Avengers.

The report (which, again, includes massive potential spoilers) details several story points already widely known or believed to be known, including the appearance of a new Avengers team forming for Avengers: Infinity War Part I and potentially grim endings for the third outings of Captain America and Thor (Thor 3's subtitle, "Ragnarok," refers to the literal end of the world in Norse mythology); before dropping it's biggest "new" claim: That Marvel and Sony have come to terms, and Spider-Man will join the fight (and possibly The Avengers team itself) for the two-part Infinity War storyline in 2018.

Neither Marvel or Sony have commented on the matter. Meanwhile, news site Badass Digest - while confirming the general reliability of Latino Review's reporting - cautions that long-term plans change frequently in Hollywood, and that any deal would have to navigate the famously bad blood between Spider-Man producer (and former Marvel boss) Avi Arad and current Marvel headman Kevin Feige.