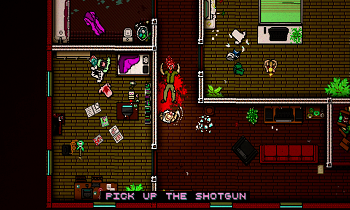 Lead Hotline Miami 2 developer Jonatan Söderström says he is OK with Aussies pirating the game if it gets banned in the country.

Well here's a new one for you: a developer actually encouraging his fans to pirate his game. As you may have heard, Hotline Miami 2 has been refused classification in Australia, effectively banning it from sale in the region. Normally, developers can edit the game and re-submit a censored version in hopes that it will be approved, but as Devolver Digital has released a statement stating that it will not be appealing the decision, the odds of Aussies being able to buy Hotline Miami 2 are quite low. So, what should Australian fans do? Go ahead and pirate it, according to its lead developer.

A post popped up on the Australia subreddit, where a fan reportedly asked Lead Hotline Miami 2 developer Jonatan Söderström if there would be any way for him to get his hands on the game. Söderström appeared to give his blessing to simply pirate the game, and when we reached out to Söderström ourselves for clarification, he told us, "If there will be no way other way of acquiring the game in Australia, of course I won't mind if people pirate it," adding that "Money has never been my main objective when creating games."

This wouldn't be the first time the Hotline Miami team has embraced piracy. Back in the days of the original release, Söderström went to torrent websites and actively tried to help out pirates who were having trouble with the game, encouraging seeders to please update their torrents to the latest version.

So there you have it, Söderström himself has given Aussies the go ahead to just pirate the game if the refused classification decision sticks.

As a small legal note: while games that are refused classification are illegal to sell in Australia, they are not actually illegal to own if you manage to get your hands on them some way. However, we at The Escapist do not approve of software piracy in any shape or form, as it is still an illegal act.