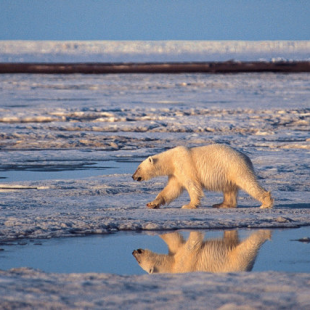 It's been a week full of promising headlines in the world of science and technology. An Israeli startup showed off a prototype smartphone battery that fully charges in two minutes; Google offered us our best look yet at its Project Ara modular smartphone; Obama wants everyone to have access to cheaper, faster broadband internet. Even Tom Wheeler's hints at new net neutrality policy - while certainly deserving of scrutiny and suspicion - at the very least show that our voices of protest have been heard. But one headline has cast a pall over the good news by calling back to an all-too-familiar topic: global warming.

According to a new MIT study, volcanoes can be cutting the rate at which our planet's average temperature is rising in half. While this may seem counterintuitive at first, since volcanoes release gasses and spew out steaming hot molten rock, some also inject particles high up into the stratosphere. This results in an increase in cloud cover, which causes more of the Sun's light to be bounced back into space rather than absorbed by the Earth's surface, resulting in a cooling effect.

This isn't breaking any new ground. I conducted similar research during my studies; using data from historical and recent volcanic eruptions, I built a model intended to quantitatively predict the global cooling effect of volcanic eruptions - past and future. And while my results concluded that volcanic activity has significant and varied impacts on global temperature, MIT's more in-depth research took things a step further and attributed the post-2000 slowing of the rate of global warming to volcanic activity.

So why did I say this headline has cast a pall? No, it's not because of the overlap with my own research. If there was a new study that should be riling me up, it would be the one that claims that meteorites were byproducts of planetary formation rather than building blocks - a claim that could potentially invalidate my main field of research. No, the reason this headline is of the Debbie Downer variety is because there seems to be no other topic in the realm of science that incites as much negativity as global warming - so much so that even my deliberate usage of the term global warming rather than climate change has upset a number of you reading this.

When science is held hostage to public opinion and politics, we harken back to a dark time in our history - a time of witch trials and geocentric worldviews. Years ago, one of my professors - an accomplished scientist - lamented the climate (ahem) in global warming research. The government's historical attitude toward the matter can be very roughly divided into the pre-Al Gore era of, "Blablabla we can't hear you," and the post-Inconvenient Truth era of, "Okay, we believe you; now fix it!" While the latter may seem like a victory, it was a pyrrhic one - in accepting that climate change was occurring, government funding shifted away from further investigating potential causes and toward finding solutions.

The consequence? My professor, and other similar researchers who wanted to continue investigating climate change in order to see if something other than humanity was the main cause for the recent warming, could no longer find funding. The government had stamped the file "case closed" - which is about the worst thing that can happen in science, a field in which scrutinizing previous knowledge is paramount.

So to continue his research, my professor had to sell his soul to the Devil - or at least, that's what many would say. Who was willing to fund his research? Big Oil, who had a vested interest in disproving anthropogenic climate change. And because Big Oil was funding his research, my professor was demonized by the public and made a pariah in the scientific community - all because he wanted to question the prevailing opinions.

This is the sad truth about global warming: regardless of your stance on the matter, it reveals something terribly ugly about human nature - how quick we are to judge, condemn, vilify, mock, and insult those who don't share our views. Some of the greatest breakthroughs and innovations in human history have come from those who challenge the status quo, yet we continue to vociferously shout down dissenting voices.

Of course, there's a lot more at play in the global warming discussion - politics and capitalism, namely - which leads me to what I find saddest of all: that we need the threat of impending doom as a motivator to pollute less. Whether or not you believe that humanity is the leading cause of global warming, I think we can all agree that being kinder to our environment is in our best interest. But the myopic views of governments and corporations bent on holding power and money care too much for their immediate bottom-line to do the right, forward-thinking thing - they would rather invest in themselves than in humanity. This is the root cause of all the alarmism, all the frustration, the anger, the arguing, the vitriol surrounding global warming. And every time climate change hits the headlines, we are reminded of this sad truth.