The new storyline will launch in April across several D&D properties.

Dungeons & Dragons has announced their first big storyline for 2015, Elemental Evil, and it sounds like a doozy. In it, players will challenge elemental powers in what sounds like a riff on the classic D&D module The Temple of Elemental Evil. Alongside a D&D adventure to release April 7th, 2015, the storyline will feature the return of the popular D&D Adventure System board games and a module for the Neverwinter MMO. Additionally, there will be a season of play for the D&D Adventurers' league organized play events and a free PDF of game content for D&D Fifth Edition. This will be the first storyline released since the game was completed with the release of the Dungeon Master's Guide last month. 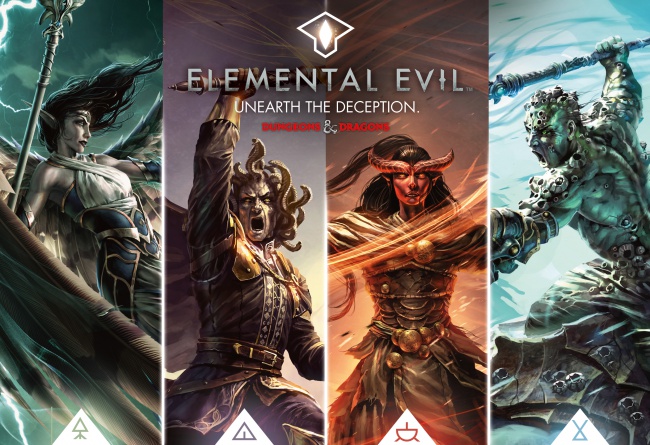 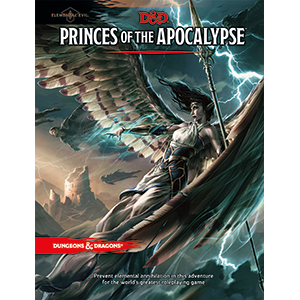 The tabletop roleplaying content will kick off with Princes of the Apocalypse, an adventure in which players will work alongside the Emerald Enclave and Order of the Gauntlet to defeat four elemental prophets before they can release lethal powers. The book will have both player content and material for Dungeon Masters, but the player content will all be free online alongside the new races in the to-be-released PDF. Princes of the Apocalypse will release April 7th. As with the previous Tyranny of Dragons storyline, Gale Force Nine will produce a Dungeon Master's Screen and unpainted minis while WizKids will produce pre-painted collectible minis. From the looks of promotional material, the big bad guys for this one are a medusa, a tiefling, a merfolk, and some sort of winged elf. We'll likely see the names of Evil Archomentals come up, too, like Imix, Ogremoch, Olhydra, and Yan-C-Bin, as the bad news these folks are trying to summon up. It remains to be seen whether the actual Temple of Elemental Evil will show up in the adventure for the roleplaying game. Since the original story was for the Greyhawk world and not the Forgotten Realms that Wizards of the Coast uses as the default for Fifth Edition, we can expect some cosmology changes to go down as well. Much like the Tyranny of Dragons adventures were made with the design knowhow of Kobold Press, Sasquatch Game Studio will be helping with Elemental Evil. 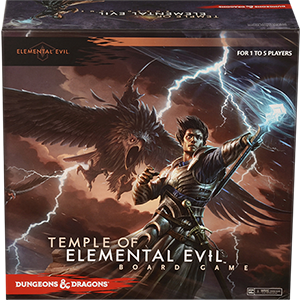 The D&D Adventure System board games released during the heyday of Fourth Edition and got a lot of love, and WizKids will be producing a new one called Temple of Elemental Evil designed by the Wizards team including new miniatures and material - all compatible with the previous games in the series like Wrath of Ashardalon and Legend of Drizzt. The Temple of Elemental Evil board game will release April 30th.

You can find Wizards of the Coast's official announcement at the D&D Website.

As a side note, I'm not going to say I called it, but... I did say that they should remake this storyline last year.