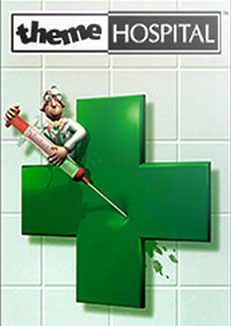 Theme Hospital, one of the most classic sim games of all time, is completely free for a limited time.

Origin's On The House program sure knows how to hit us right in the old-school simulator nostalgia. Last month, it was giving away the classic city building sim, SimCity 2000, and now, it's giving us Bullfrog's timeless hospital manager, Theme Hospital. As usual, there's no catch of any kind (unless you consider having to install Origin a catch), and once claimed, the game is yours to keep forever.

Theme Hospital was originally released back in 1997 by the now-defunct Bullfrog Productions. It was the spiritual successor to Theme Park, and like the prior game, was praised by fans and critics for its addictive, rewarding game play, and quirky sense of humor.

The On The House version of Theme Hospital is the complete, full version of the game (it's from a time before DLC...), and will only be available for free for a limited time. As with other On The House specials, EA declined to comment exactly how limited that time would be, stating simply "Just make sure to act fast because On the House specials can appear and disappear at any time."

After it's taken off the On The House program, Theme Hospital will return to its regular price of $5.99.

I know a lot of people still harbor a lot of ill-will towards EA Games and Origin for past mistakes, but now that they are literally giving away classic masterpieces like Theme Hospital and SimCity 2000, maybe it's time to finally bury the hatchet?