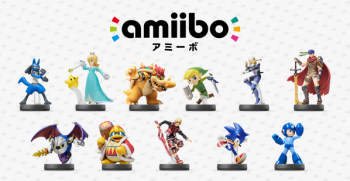 Super Smash Bros. game director Masahiro Sakurai shares the pain of those of you scrambling to find your favorite amiibo in stores.

Are you having trouble finding your favorite amiibo in stores? Well, you may have a sympathizer... in the form of Masahiro Sakurai, the very guy responsible for Super Smash Bros. video games they are used for! Ever since the collectible Nintendo trophies were released, stories of widespread shortages were so common, it led many to believe that certain figures had been discontinued. Even Nintendo vastly underestimated their popularity, and is desperately trying to meet demand.

Meanwhile, Sakurai Tweeted that he went out on his lunch break to pick up the new wave 3 amiibos that were just released in Japan, only to be met with some bad news. "I went to buy the new amiibos but Shiek, Meta Knight, Lucario and Rosalina were sold out so I couldn't buy them," said the director.

"Some amiibo were very popular at launch, and it is possible that some amiibo in the United States, Canada and Latin America may not be available right now due to high demand and our efforts to manage shelf space during the launch period," said Nintendo of America in an official statement. It now looks like that shortage has spread to Japan (or at least, Tokyo).

Nintendo is planning on releasing even more amiibos this spring, and if the previous waves were anything to go by, you had better scramble if you wanna pick up your favorite character! I'm personally lucky enough to live in rural Japan, which means my local electronics store always has a healthy supply of amiibos.