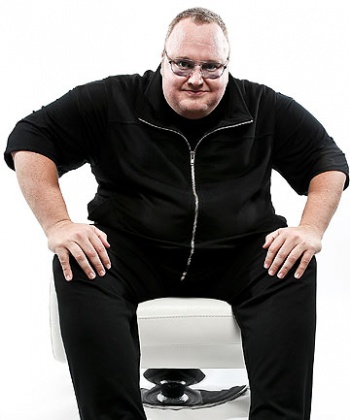 Ever since Edward Snowden blew the top over just how much the US government was sticking it's fingers into data we previously thought of as secure and private, digital rights activists like Kim Dotcom have been scrambling to create alternatives that are actually secure and private. Now, he's just announced a new VOIP program - MegaChat - that utilizes end-to-end encryption to keep your chats secure.

Dotcom has described the "program", which requires only a web browser and no additional downloads, as a "Skype-killer". Dotcom claimed that "no US-based online service provider can be trusted with your data" and that "Skype has no choice. They must provide the US Government with backdoors". His new MegaChat, just like his Mega file sharing service, will be based in New Zealand.

"We are releasing MegaChat beta step by step. Starting with video calling today," said Dotcom, adding that more features, such as text chat and video conferencing, would follow shortly.

While MegaChat doesn't require any downloads to function, plugins for Google's Chrome and Firefox are available for "faster loading and added resilience against attacks."

Additionally, in order to help quell security concerns, Dotcom is once again offering a cash bounty for anyone who is able to find and report any security flaws in the new software.