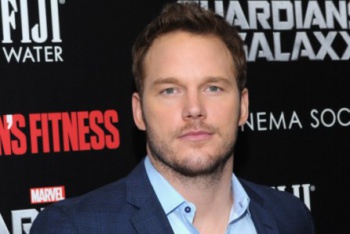 Disney has reportedly set it's sights on Guardians of the Galaxy star Chris Pratt to be the next Indiana Jones.

Indiana Jones is Harrison Ford. That's one of those things that just is. But, what if he wasn't? Disney, having bought the rights to the franchise back in 2013, is now looking at capitalizing on it with a new movie, and poor Mr. Ford is getting a bit too old to be sprinting through ancient Mayan temples and swinging across chasms with his whip. So what's the solution? Get a new guy to play the good Doctor. Specifically, Disney is reportedly looking at Parks and Recreation and Guardians of the Galaxy's Chris Pratt to fill his shoes.

The report comes from Deadline, which stresses that no deals or discussions have taken place yet, and it is just a very early rumor.

However, that's not to say it doesn't make absolutely perfect sense. Pratt made a name for himself as Parks and Rec's resident lovable doofus Andy Dwyer, before proving himself to be a viable action hero in Guardians of the Galaxy. His portrayal as Starlord certainly fits the kind of bill that Indiana Jones would call for.

Thankfully, there has been no mention of the studio approaching Kingdom of the Crystal Skull co-star, Shia LeBeouf, who played Indy's illegitimate son. Although to be fair, he did retire from public life last year...