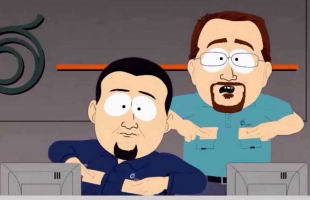 The new definition of broadband raises the download and upload definition requirements.

The FCC has just voted to change the definition of broadband, according to The Verge, raising the minimum upload and download speeds for Internet access to be identified as such.

The telecommunications governing body says download speeds need to be at least 25 Mbps (megabits per second), while upload speeds need to meet or exceed 3 Mbps. These numbers are up from the past FCC benchmarks of 4 Mbps and 1 Mbps, respectively.

Roughly 19.4 percent of Americans currently do not have access to Internet speeds that meet the new broadband definition.

And the FCC doesn't seem entirely satisfied with the new benchmark, as commissioner Jessica Rosenworcel wants the definition figure increased to 100 Mbps. "We invented the internet. We can do audacious things if we set big goals, and I think our new threshold, frankly, should be 100Mbps," said Rosenworcel. "I think anything short of that shortchanges our children, our future, and our new digital economy."

The definition change has two immediate impacts. For starters, it goes against what many (all?) of the major cable/ISP providers have been lobbying for, as a speed bump on both ends will force billing and package offerings in the near future. Second, the change effectively removes phone line-based DSL Internet access from the broadband conversation. The FCC has said DSL will not be considered when broadband rule changes are made going forward. Verizon and AT&T DSL speeds top out at 15 Mbps and 6 Mbps, respectively, and a combined 6.5 million of their ISP customers use DSL for Internet access.

The 25 Mbps number isn't exactly arbitrary, either, as it's tied to 4K content streaming. Netflix recommends a 25 Mbps downstream for anyone wanting to stream Ultra HD (4K) video from its servers.

We'll be sure to update if and when the FCC releases a statement, and if the ISPs respond in kind.