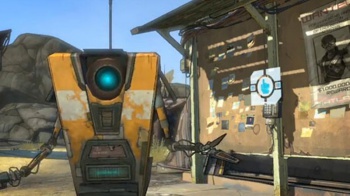 The next Borderlands game will be "the big one" according to Gearbox boss Randy Pitchford.

Isn't it interesting how developers change their tone given the situation? At PAX South less than a week ago, Gearbox CEO Randy Pitchford told us that work on the next Borderlands has not yet begun. Now, Take-Two president Karl Slatoff has at the company's annual earnings call stated that the game is in development, and it won't be coming to the "last-gen" consoles of PS3 and Xbox 360.

According to GameSpot, Slatoff quoted Pitchford at the earnings call, claiming he said the next title will be "the big one," and is being developed "specifically for next-gen consoles." This will be the first Borderlands title to skip the PS3 and Xbox 360, and given Pitchford's wording, we can probably assume it to be a full sequel a-la Borderlands 2, rather than a "half-sequel" like Borderlands: The Pre-Sequel.

Literally no other information on the title was given, so we can assume that Pitchford's PAX South statement is at least partially correct, and that work on the new game is at a very, very early stage. I wouldn't really expect anything out of it for the next couple years.