I've got a feeling Mordor will sweep all its #DICEAwards categories except GotY. Taking Adventure is a good start.— Joshua Vanderwall (@encaen) February 6, 2015

The 18th Annual D.I.C.E Awards have concluded, with Middle-earth: Shadow of Mordor sweeping every category it was nominated for except the overall Game of the Year, which was well earned by Dragon Age: Inquisition. It's not much of a surprise, though, as our own Reader's Choice Game of the Year made exactly the same prediction.

What do you think? Was Destiny deserving of the "Online Gameplay" award? Should Dark Souls II have been somewhere on the list? Should they have included a Horror category, if only to give Alien: Isolation some attention? Hop into the forums and let us know! 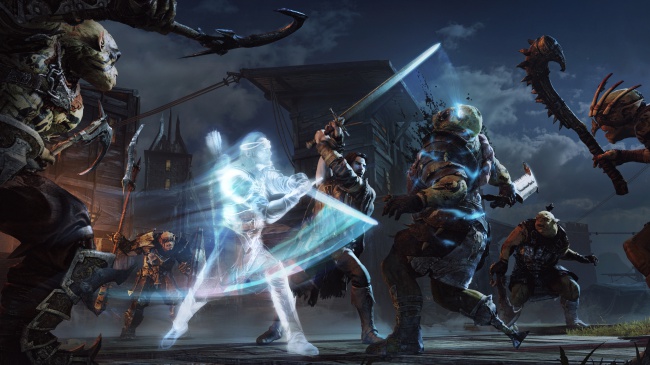 Original Post:
With D.I.C.E. 2015 behind us, it's time for the annual awards show, celebrating triumphs in gaming in 2014. Last year, The Last of Us stole the show, taking the award for 10 of 12 categories for which it was nominated. Two years ago, it was Journey that really burned bright, taking eight of 11 nominations.

Since they're streaming live this year, we thought you might not want to wait, so check it out right here as it's going on, and we'll update the post after the awards with all of the winners.

What do you think deserves recognition this year? Hop over to the forums and let us know!