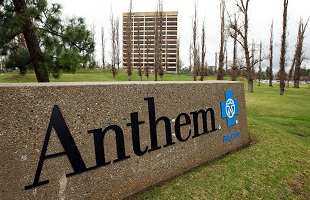 Hackers made off with the health records, personal data of 80 million Anthem, Inc. customers.

If you thought the Sony Pictures and Target network breaches were bad, the health insurance business is about to blow you away.

Earlier this week, Anthem, Inc., who insures people in California, New York, and several other states, confirmed that they had suffered from a massive data breach. The hackers who perpetrated the attack made off with medical records and other sensitive information -- to the tune of 80 million Anthem customers and employees.

"Cyber attackers executed a very sophisticated attack to gain unauthorized access to one of Anthem's IT systems and have obtained personal information relating to consumers and Anthem employees who are currently covered, or who have received coverage in the past," said Anthem spokeswoman Kristin Binns to NBC News.

A pretty vague description of events, for sure. But the kind of information stolen includes names and addresses of customers and employees, their Social Security numbers, and the ID numbers they use as Anthem customers (meaning the number that would appear on your health insurance card).

Anthem has said it will offer credit monitoring services to any of its customers affected by the data breach, but such an offer might not be comprehensive enough. Health records aren't typically monitored by such services, so the ramifications of such a leak could be difficult to track (like if your ID number is used to cover hospital costs, etc.).

Medical ID theft isn't often in the spotlight, at least when compared to general ID theft, but it's a growing black market industry. NBC News says the number of Americans affected by such ID theft numbers about 1.84 million total (with about 315,000 total in 2013 alone). Such theft has an average financial impact of $19,000 per victim.

If you're a past or present Anthem customer, post up in the comments -- rage away, or let us know if you've been contacted.