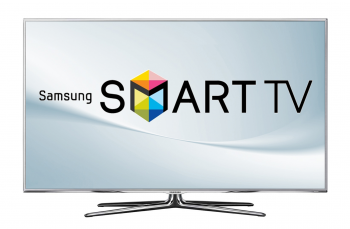 According to Samsung's SmartTV privacy policy, any careless conversation near your TV could be sent to various third parties.

Let's say you own a Samsung SmartTV, which you used to watch last night's The Walking Dead and Better Call Saul premieres. Since you're in the privacy of your own home, you have no problem flying into profanity-laden tirades about which beloved characters died this season, correct? One problem: If your voice commands are turned on your conversation isn't as private as you think. Any voice data collected by the TV, including potentially personal or sensitive information, can be captured and transmitted to a third party.

This information comes from Samsung SmartTV's very own privacy policy. As part of improving its voice recognition features, the SmartTV captures voice commands and transmits them to a service working to improve its functionality. Sounds innocent enough at first, but the wording implies the SmartTV can - and probably will - pick up any conversations within the room.

To be fair, voice recognition data collection can be disabled from the SmartTV's settings menu. Samsung warns, however, that doing so "may prevent you from using all of the Voice Recognition features".

Privacy concerns surrounding living room entertainment will likely continue to rise - that was a major criticism of the Xbox Kinect which reportedly stored webcam and chat traffic on government databases. Now we don't even need a peripheral for televisions to snag personal data. I suppose that's progress.