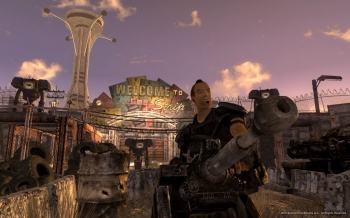 Fallout fans have been searching and searching for even the faintest hints of a new title ever since New Vegas was released in 2010. Now, they may finally have their biggest hint yet. This year, at the E3 expo in June, Bethesda will, for the first time ever, join the likes of Sony and Microsoft in holding an official E3 press conference.

As Bethesda has never hosted an E3 presser before, we can safety assume that some kind of major announcement will be made at the event. Many fans, myself included, hope that the company will finally draw the curtain on Fallout 4, although more information on the studio's recently announced Doom reboot may be more likely. We can also probably expect the company to talk about Battlecry.

Bethesda did not offer any hints on what it's press conference will be about, and will probably remain quite tight-lipped until the actual event.