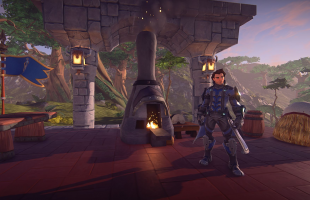 Daybreak Game Company, which was known by Sony Online Entertainment up until it's acquisition last week, is seeing significant layoffs today at both its San Diego and Austin offices.

The scope of the layoffs is not clear, but Kotaku is reporting that long-time SOE development director David Georgeson is among those being let go. Georgeson has confirmed as much through his Twitter account.

"...Daybreak Game Company announced today that it will eliminate positions in both its San Diego and Austin studios," said a Daybreak representative to The Escapist. "This alignment of resources better positions the newly independent studio for future growth opportunities and developments, including delivering on its legacy of making top online games and establishing a solid foundation for future multi-platform success."

According to the statement, these layoffs will not impact any of Daybreak's current titles, among which are H1Z1, and Planetside 2.

When we asked specifically about future titles, including EverQuest Next, and EverQuest Landmark, a Daybreak representative informed us that the staff reduction "...[would] not affect the operation of current games, nor will it impact development of our upcoming games like EverQuest Next...all games will continue on their current path of operation and development."

If any additional news on the layoffs or Daybreak projects arises, we will update accordingly.