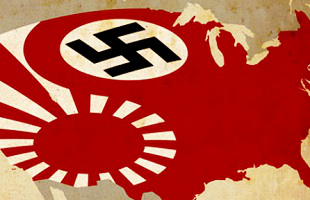 Based on the Philip K. Dick novel of the same name, The Man In The High Castle survives the 2015 pilot trials.

Have you watched The Man In The High Castle pilot on Amazon yet? It's free, and it's quite good if you're a fan of Philip K. Dick, and World War II fiction. (If you enjoyed playing Wolfenstein: The New Order, you'll probably dig it, even if it doesn't have any mutant Nazi death machines.)

And it looks as though Amazon and the reviewing public at large agree, because the Ridley Scott-backed pilot will soon be turned into a full-on season for Amazon Instant Video.

The elevator pitch for The Man In The High Castle? The Allied forces lose World War II, the United States included. The country has been split in two by Nazi Germany and Imperial Japan, but the balance between the two powers is about to hit a breaking point. Spies, action, imminent war...it's all there, which is good news for TV fans.

Among other recognizable actors, the pilot stars Cary-Hiroyuki Tagawa, who you'll like know as Shang Tsung from Mortal Kombat.