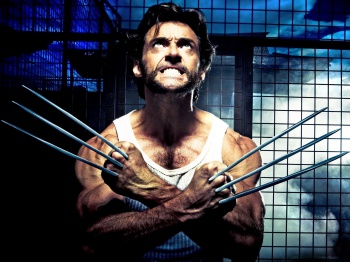 The Australian actor says he's got to find a way to keep playing Wolverine until he dies.

For X-men fans who were introduced to the franchise with Fox's cinematic offerings, Hugh Jackman simply is Wolverine, just as Pattrick Stewart is Professor X. It's hard to imagine any other actor filling his shoes - a sentiment Jackman himself agrees with. Speaking with Cigar Aficionado, the Australian actor reveals that Micheal Keaton's Birdman inspired him to take greater pride in the Wolverine character.

"I said to my wife, 'The moral is that I should never stop playing Wolverine. I've got to find a way to keep playing him until I die,'" said Jackman, although he did add that "I know that someday they'll recast the role with another actor...I'd be happy if the role was eventually recast. It would mean that it had become iconic."

He says every time he plays the character, he gets better at it. "I always want to be in better shape than I was for the last one. I don't believe in stagnation. People say they try to maintain the status quo. But I believe the natural cycle means you're either advancing and getting closer to something or you're receding," he explained.

"Every time I play Wolverine I want to go further, physically and emotionally."

He's certainly nailed the role in all of the movies he's played him in, but good ol' Hugh, unlike Logan, does actually age, and with the past/future direction the latest X-men movies are taking, you've got to wonder how long it will be before they have to recast a younger actor.